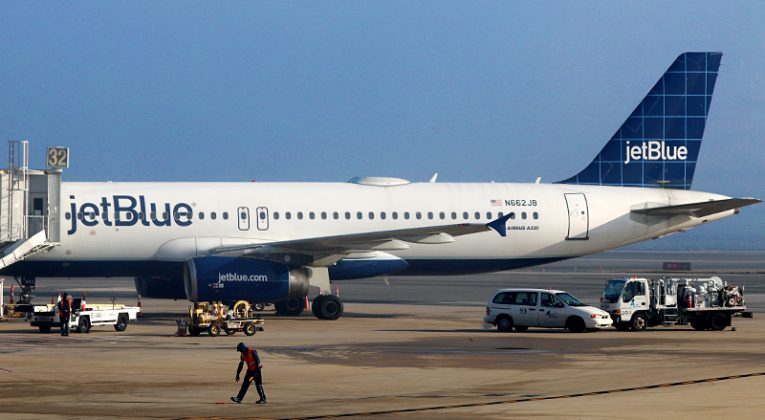 You can earn up to a maximum limit of 6,000 bonus TrueBlue points when you fly as a passenger aboard airplanes operated by JetBlue Airways for three round trip flights — or six one-way flights — between Boston, Worcester, or any of four airports which serve the New York metropolitan area and anywhere else in the network of greater than 100 destinations…

Earn Up to 6,000 Bonus TrueBlue Points With Flights To or From New York, Boston or Worcester

…but you must register for this promotion for New York or register for this promotion for Boston and Worcester in order to participate — yes, that means a maximum of 6,000 bonus TrueBlue points for each promotion — and you must be a member of the TrueBlue frequent flier loyalty program. Enter your TrueBlue membership number at the time of booking your eligible flight reservation and travel by Sunday, July 23, 2017 to earn TrueBlue points.

If you are not already a member of the TrueBlue frequent flier loyalty program, you can sign up and join free of charge — which will automatically register you for the current promotion.

Simply fly as a passenger on:

All members of the TrueBlue frequent flier loyalty program will earn three base TrueBlue points per dollar spent on any individual flight operated by JetBlue and purchased under a JetBlue flight number. If the flights operated by JetBlue Airways are booked directly at the official Internet web site of JetBlue Airways, members who have purchased a:

This offer valid only for JetBlue flights — one-way or round trip — to or from the following airports:

This offer cannot be used in conjunction with any other discount or promotional offer. This offer is valid for new bookings only, as this offer is not valid for flights already previously booked; or for changes to a flight which has been previously booked. If you cancel your reservation or change your reservation so that it no longer complies with the terms of this offer, you will not receive any TrueBlue points from that reservation; and any TrueBlue points already awarded will be debited from your TrueBlue membership account.

TrueBlue points will be earned on the base fare of the flight only and will not be earned on government taxes, fees, travel insurance or other fees or charges — for example, change fees or cancel fees as two of many examples. This offer does not apply to non-revenue travel — for example, travel booked with a travel certificate or TrueBlue award flights as two of many examples; is not valid in connection with other routes, partner or codeshare or interline flights, JetBlue Vacations packages, cruises, or any other product or service; may not be combined with other special offers; is not redeemable for cash; and has no cash value. TrueBlue account must be in good standing. TrueBlue Terms and Conditions apply.

This promotion is virtually identical to the one offered earlier this year in celebration of the new flight route between Atlanta and Boston — which, by the way, is still in effect through Friday, June 30, 2017.

If you plan on traveling to or from Boston, Worcester, or the aforementioned four airports which serve the New York metropolitan area enough times prior to Sunday, July 23, 2017, consider taking a moment to register for this promotion, as it could be worth up to an additional 6,000 TrueBlue points.