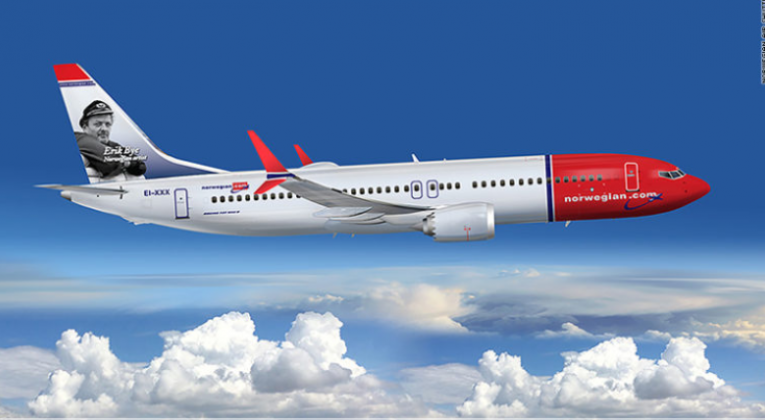 Norwegian and MegaDo have teamed up to offer you an exclusive opportunity to fly on a Boeing 737 MAX delivery flight!

What is a delivery flight?

If you don’t categorize yourself as an aviation geek, you may not know what a delivery flight is. Once a plane is finished and ready to go from the plant, the delivery flight is for transporting a new aircraft from its place of manufacture to its customer. In this instance, Boeing is manufacturing the brand new 737 MAX aircraft in their Washington state plant, and needs to transport the plane to its new home in beautiful Oslo, Norway .

Rather than having the aircraft packed to the gills with regular passengers, a delivery flight more often consists of airline executives and public figures and just a small, select group of aviation enthusiasts, VIP folks invited by the airline, and sometimes press.

Similar to that of an inaugural flight, the crew is often cherry-picked and there is a buzz of excitement throughout the plane. Being the probable first time anyone on the flight has been on the new aircraft type, the excitement encourages those onboard to wander around and try out some of the different features and seats. Since there is such a small group onboard, everyone is likely spread out during takeoff for proper balance. Catering might be a step above normal, and sometimes there are extra amenities.

Delivery flights are eagerly watched via a flight radar map by aviation enthusiasts on the ground, and crowds often greet the arrival of the new plane as paparazzi would a celebrity – with cameras ready.

Photographers get prime shots of the new plane, the exiting VIP’s from the aircraft, and there is sometimes an arrival celebration.

As one of the first 737 MAX aircraft to be delivered (the first went to Malindo Air on May 22, 2017) and the world’s first to go to a non-asian carrier, Norwegian has decided to celebrate the special occasion with much fanfare.

Norwegian’s CEO Bjørn Kjos will even be accompanying the delivery flight! The flight will leave from Boeing’s home near Seattle on June 13, 2017, and arrive in the Olso, the capital of Norway on June 14, 2017.

How can I get on the 737 MAX delivery flight?

Twelve seats on the delivery flight are available via auction with this exclusive offer.

Here’s a link to the auction page.

You can place bids until June 3, 2017 at 11:00pm Pacific time. All proceeds will be donated to Norwegian’s partner UNICEF, which makes this an especially worthwhile opportunity.

The winning packages include attendance at the special ribbon cutting ceremony near Seattle, delivery flight, a roomy three-seater all to yourself onboard, and the arrival ceremony in Oslo. Click here for more details.

Plus, after you’re all done with the festivities, a ticket back home from Oslo, Norway to a Norwegian gateway in the US is included… in Norwegian Premium class.

As there is some flexibility with the return dates, you can even enjoy a little holiday in Europe before heading back to the US.

Opportunities to be on delivery flights don’t come along often, so make sure to get your bid in today!