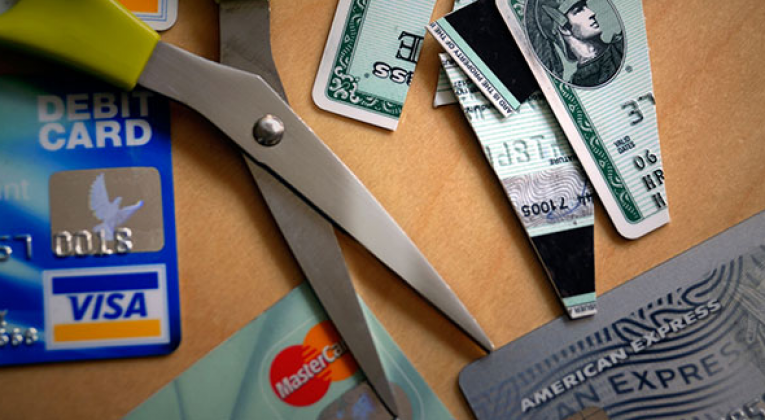 Many of us get credit cards for the large sign-up bonuses. It’s a quick way to get a lot of points and involves only a minimal amount of work. Some cards are worth cancelling right away, while others are have perks that make them worth keeping, even if you have to pay a fee.

Sometimes, though, the banks or their travel partners overshoot and give perks that are so good that they have to pull back, such as when Club Carlson’s Visa card offered the second night free on CC award redemptions. They quickly discovered that that deal simply wasn’t worth the costs.

Among the current credit card perks that are out there, I’ve identified three that may not make it the distance (At this point, I should say something clickbaity like “Number 3 will shock you!” But it probably won’t.). Please note that I’m talking about individual perks that credit cards offer, not sign-up bonuses, so this is not a “rush-to-get-this-new-card-before-it’s-too-late” post, but rather, a warning that your favorite card may make changes. Please add any that you think of in the comments section.

American Express’s Surpass card is a reasonably generous card. For $75, you usually get a nice sign-up bonus and complimentary Gold status. You’ll also earn anywhere from 3 to 12 points per dollar spent, depending on where you spend them (I value Hilton points at about 0.5c each.). But the unique perk with this card is that you can earn top-tier Diamond status with a measly $40,000 in annual spend. Let’s compare that to its major competitors:

Marriott: 15 elite credits to start (Silver status) and one per $3,000 of spend, annually. 75 credits will get you Platinum status.

Hyatt: Automatic Platinum Status, 2 stay credits and 5 night credits toward Diamond after spending $20,000 in a calendar year, another 3 and 5, respectively after spending $40,000.

All three of those cards give you a boost toward elite status, but only Marriott allows you to spend your way there entirely, and that would require $180,000 in spend. The only downside to Hilton’s program is that credit card spend can’t be combined with stays; it’s one or the other. But $40,000 is an easily achievable hurdle and out of line with the market. I would not be surprised if Hilton made this one more difficult.

One of the best elite benefits in airline land is the Southwest Companion Pass (CP). Earn 110,000 qualifying points in a calendar year and you can choose a companion to fly with you for free for not only the rest of that year but also the following year. Since Southwest runs frequent 50,000 point sign-up bonuses, and credit card points count toward the Pass, ordering both a personal and a business card will get you almost all of the way there. Assuming that you have a companion that would also choose you, each of you could apply for a card every other year and keep the benefit running in perpetuity.

For Southwest, there is very little cost associated with a second passenger, but they do surrender the revenue that would have been associated with that passenger. True, Southwest probably picks up incremental business from people who have the CP, but that wouldn’t come close to what they’re giving up for a second person who would have flown, anyway.

I don’t think that there is a threat of the Pass going away altogether. Rather, at some point, I expect sign-up bonuses, or credit card points altogether, to be eliminated from the CP math. The benefit is simply too strong for the price.

I love this card. I rarely use it, but I love the perks.

High-end credit card customers have always been the most valuable ones, but American Express has traditionally owned that sector. Others have tried to catch them, but generally fail. Citibank’s Prestige Card is the bank’s latest, and greatest, shot at Amex’s customer base, and the benefits are excellent. The $450 card gets you a $250 annual travel credit, entrance to both American Airlines and Priority Club lounges and premium benefits when you both earn and redeem travel.

Potentially, though, the most useful benefit is the fourth night free hotel benefit (FNF). Book a hotel stay of four or more nights through Citi’s travel concierge and the fourth night is free. While there are a few restrictions around rate and who participates, I’ve never had trouble getting a room, particularly since almost every major chain is available. They should even be able to match rates and certain discounts, such as AAA. And, best of all, you can use the benefit as often as you like.

Obviously, this is not an inexpensive outlay for Citi or MasterCard. While they are no doubt relying on some people not to take advantage of the benefit (particularly since it is a cumbersome process to work through the concierge), mess up the procedure or fail to follow up on missing credits, there still must be an element of “loss-leader” involved. Base hotel commissions start at 10%, particularly at the large chains. This isn’t Expedia, where independent hotels are kicking back one-third or more of the rate.

Granted, not many people book trips of 4+ days more than once or twice per year, but each booking involves costs, some of which could be significant (What happens when you’re fourth night is a Friday night in Las Vegas? Ouch.). The benefit doesn’t have to go away entirely, but it could be restricted to a certain number of times per year or expanded to, say, every fifth night.

Of the three, FNF is the one that I worry about most. Citi has paid heavy acquisition costs for its customers, and I’m not sure that it has paid off so far.

Here are a couple of others that could be on the chopping block:

The IHG Credit Card gets you a free night annually anywhere in its system, as opposed to its competitors, which usually limit you to the lower category hotels. How many free nights in Paris should you get for a $49 annual fee? Wait, don’t answer that question…

Fee waivers with the Virgin America Premium Visa Signature Card: Okay, this one is gone because the airline is being bought, but it’s unlikely that Alaska Air will carry it over. By waiving change or cancellation fees for flights, the card gets you most of the way from a non-refundable to a refundable ticket. There are limits, such as same-day or redeposit fees, but the airline is still surrendering a heck of a lot of free revenue.

So what credit card perks do you value most, and which ones do you think could be targets for elimination?