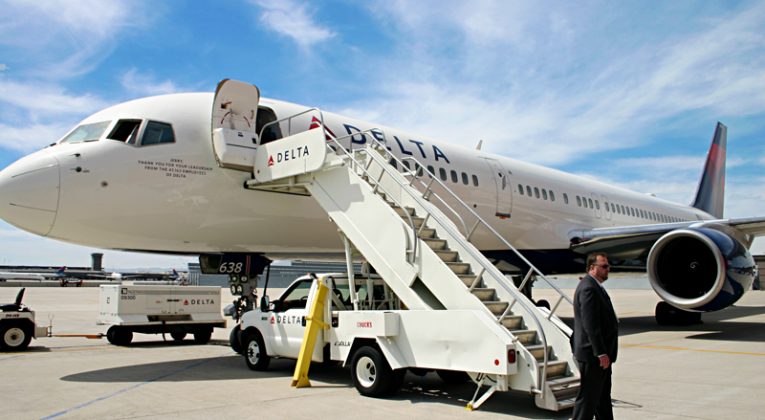 Effective as of Friday, July 1, 2016, in-flight entertainment will be free of charge to all passengers aboard airplanes equipped with two classes of service on domestic and international flights operated by Delta Air Lines, which is 90 percent of the entire fleet — meaning that Delta Air Lines will be the only airline based in the United States which will offer all in-flight entertainment free of charge to its customers.

Passengers aboard an airplane which only offers a single class of service are apparently the exception to having complimentary access to in-flight entertainment.

Delta Air Lines is already the only carrier based in the United States to offer personal on-demand entertainment at every seat on all long-haul international flights; but with this announcement, all passengers on most flights will be able to view hundreds of movies and television shows, thousands of songs, dozens of games, and 18 channels of satellite television through its Delta Studio product — either through more traditional entertainment equipment built into the backs of seats; or via streaming content to portable electronic devices, according to this article written by Liz Savadelis for Delta News Hub.

Entertainment options will vary by aircraft type and route.

This news is good overall for passengers of Delta Air Lines who are seated in the economy class cabin and want access to plenty of options to entertain them during flights — but does this option diminish the value of upgrading to a seat in the premium class cabin; and could other airlines follow suit?

More importantly, could this portend a trend in the commercial aviation industry of possibly offering customers free access to the Internet via Wi-Fi while aboard the airplane during a flight? Years elapsed before the lodging industry slowly but finally offered complimentary access to the Internet via Wi-Fi to guests in hotel and resort properties — but of course, the technology requirements are different in both cases.

Still, one can only hope…