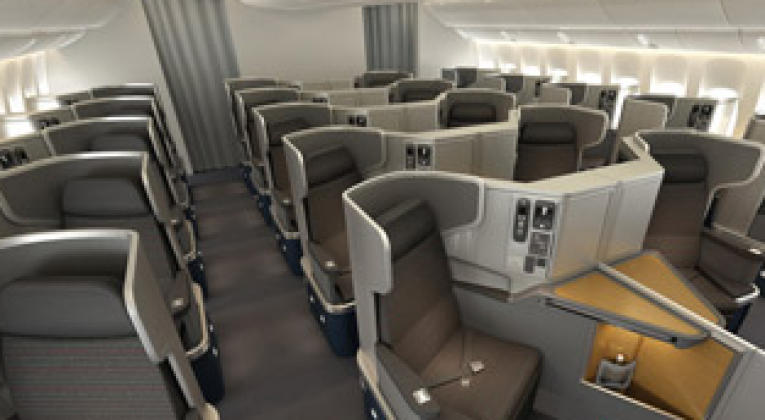 By now, you’ve probably heard that American Airlines will be joining Delta and United in giving you redeemable miles based on what you spend and your elite status. Frankly, I’m surprised that it has taken them this long, considering that every major hotel program and the most recently designed airline programs (including JetBlue and the new Rapid Rewards) operate that way. What really makes me nervous, though, is what is likely coming a few years from now: Fare-based redemptions.

How it Will Work

My guess: One day in 2017, you’re going to get an email from a major airline, likely AA or Delta, declaring, “Great news! You asked. We listened. Starting in 2018, we’re eliminating those complicated award charts! Now, redeem your miles for any seat on any flight!” Sounds great, right? After all, the biggest complaint that consumers have miles is the inability to use them.

The problem is, we’re not going to like the way that the airlines do it. Instead of charging you a certain amount of miles based on distance, the airline is going to charge you based on the fare of the ticket if you had paid cash. And in almost every case, the “new” reward price will be higher than you would have paid previously. Even worse, the most valuable rewards are the ones that get devalued the most. When buying an international business class ticket, for instance, consumers can often get 5-6 cents of value per mile.* Under a fare-based system, there’s no way you will get that kind of value. Each mile will be worth a certain amount of cents toward the cost of the ticket, with some adjustments for class of service, when you travel and possibly, elite status, but that number is likely to max out at 2-3c per mile (and less for most). There’s also plenty of latitude for airlines to vary award prices based on anticipated demand because, as fewer seats become available for sale, the cash price also increases. Don’t think it will happen?

Southwest and JetBlue have already done it, and have been doing it for years.The two airlines run a variable pricing scheme, where the cost of the ticket in points is related to the cost if you paid in cash. Of course, they had the advantage of either creating or changing their programs after seeing the issues that the majors ran into with mileage inflation.

Each program values miles in the range of 1 to 1.7 cents, with a cluster around 1.4-1.5. In other words, 10,000 points will buy you a flight that costs approximately $150. JetBlue (which, at first, didn’t even want to offer a frequent flyer program) has less variability, since they just began offering fare types with different amenities. Southwest has offered multiple buckets for several years and lets you use points to fly Business Select.

Hotels do not price awards based exactly on the value of the room, but there is a strong positive correlation. And while it’s true that hotels still have categories of rooms for award redemptions, you might as well be picking based on how much the room costs. For example, Starwood offers seven award categories. Except that some of the categories have variable pricing. And weekends are different prices in two categories. And certain properties are villas with room and board, so they have reward prices that can be as high as 4X a Category 7 (the highest standard category) hotel. Not all hotel chains are as variable as Starwood. Most are worse, although kudos go to Wyndham, which has a flat redemption rate of 15,000 points per night.

But the network carriers haven’t shown any inclination to move this way, have they? Um, er…

Redemption options are presented as an additional choice for the consumer. And truthfully, that’s what they are. No one has ever been forced to buy anything at a penny per mile.

Delta has been the biggest offender. It was the first to introduce minimum spend requirements to earn elite status, followed quickly by United. Then, it introduced Pay with Miles or Upgrade with Miles, which allowed you to pay for your ticket with miles at the value of a penny per mile, a horrid value (although you do earn redeemable miles based on the cash portion of the ticket, and medallion qualifying miles at the fare class level). Earlier this year, it eliminated its award chart, forcing you to look up each ticket individually, allowing them to vary award prices more easily.

American also made changes to its award prices. Previouly, its AAnytime got you any seat, as long as you were willing to pay twice as many miles. Now, it can cost you almost 4X the lowest price for an AAnytime award, and I would expect that ratio to go up, with particular emphasis on heavy travel days, such as the Sunday after Thanksgiving (Last year, one airline executive told me that those tickets should be priced at ten times the lowest price. I don’t think he was joking.).

So What’s Different? Why Now?

When it comes to why airlines do anything, the answer is usually “because they can.”

10 years ago, there were seven major carriers in the US; today, there are four. And not only do those four make up over 85% of domestic miles flown but one of them, Southwest, already bases your award ticket on the cash price. With investors having suffered through numerous Chapter 11 (or, in some cases, Chapter 22) bankruptcy filings, the creditors put the lawyers, not traditional airline managers, in charge. This new breed has begun to focus on obscure concepts such as “profits” and “shareholder returns,” and anything “ancillary,” including such goodies as fees and miles, will be part of the plan.

Revenue management systems are complicated beasts. They don’t develop overnight and airlines have enough trouble selling their revenue tickets, never mind developing a variable system for redemptions. As systems have improved, however, and the revenue-based earnings system continues to flourish, they should be able to turn their attention toward redemptions.

If you are reading this (and I appreciate the fact that you are), you know and care more about frequent flyer miles than 99.9% of the population. Let’s face it – we’re a self-selecting group and, while I think that a change to fare-based redemptions would be a massive change to a system that has functioned for decades, most people would get over it pretty quickly. I have no doubt that the media will create a scene and a few Congresscritters would threaten to pass laws to “protect” passengers, but that’s nothing that the airlines haven’t dealt with before. Mileage junkies have screamed bloody murder with every change the airlines have made, but they’re still generating record revenues.

Is It Really That Bad?

Probably not. Award prices will go up, but airlines can’t make miles completely worthless, given how much money they make selling miles to affiliate programs. It would be killing the golden goose. And for inexpensive tickets, you may actually be better off under this system (although it’s unlikely that you would have been using miles for a cheap fare). Likewise, airlines will have to move slowly. When converting to a revenue-based earning system, the airlines could argue, logically, that the customers who paid the most should be rewarded for it. How does a change in the award structure look like anything other than a money grab?

But the bottom line is that I do think a change to the award structure is coming sometime in the next few years. The airlines have finally become focused on making money throughout an economic cycle and miles are an excellent way to do so. Raise the price of an award and you’ll give away fewer business class seats to Paris, allowing you one more opportunity to upsell a coach passenger. Clear that many more miles out of liabilities and your balance sheet looks just a little better. And while those of us who live and breathe miles will be disappointed, the vast majority of folks out there won’t think about it for more than a second. But look on the bright side: You’ll be able to buy any ticket on the airplane with miles.

*There’s a lot of debate about how you should value miles when spending them on a ticket that you never would have paid cash for. For instance, if you snag a first class ticket with a sticker price of $10,000 for 250,000 miles, you get $.04 per mile. But if you never would have bought that ticket in the first place, are you really getting that much value, or should your return be based on how much you would have been willing to spend out of pocket? Such existential questions are for another thread.