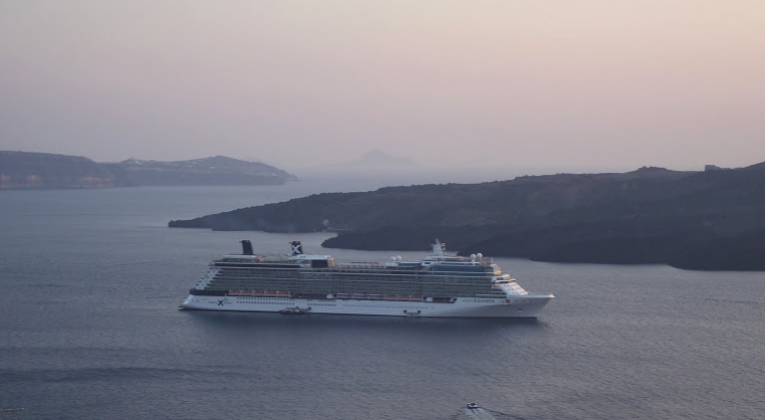 Captain’s Club is the loyalty program of Celebrity Cruises, a line with a history of attentive service and fine dining. Now a division of Royal Caribbean Cruises Ltd., the company continues its focus as they put it on “stunning ships, and inviting onboard experiences for vacationers who appreciate the finer things.”

Captain’s Club is a multi-tier program with five status levels, six if you include “Preview” status which is for those who have not yet sailed with the line.

Celebrity Captain’s Club members who achieve 150 Club Points are awarded Select status and an improved package of benefits for their loyalty. Select members receive a 25 percent discount on internet packages as well as complimentary pressing of 2 garments, discounts on photo purchases, a complimentary wine seminar, priority embarkation, and an invitation to the officer’s cocktail party onboard. Elite is the next level of status in Captain’s Club, and the benefits are notable. At the elite level members receive access to the Captain’s Club Lounge for daily “coffee house” style breakfast, an evening cocktail hour, and laundry benefits that including complimentary dry cleaning of one garment item and one complimentary bag of wash/dry/fold laundry. Elite members also receive 90 complimentary minutes of internet access.

Elite Plus status is awarded to members who have earned 750 Club Points. In addition to the benefits of the Elite level, members receive 200 complimentary minutes of internet access, complimentary tea, cappuccino, latte, and espresso, and a 15 percent discount at any specialty restaurant on board. Members also receive two complimentary wash/dry/fold laundry services on each cruise.

All members at the Classic level and above are eligible to receive Hertz Gold Plus Rewards membership. Certain members are also eligible to enroll in Royal Caribbean’s Crown & Anchor Society and Azamara Club Cruises Le Club Voyage at an equivalent status level through an elite status reciprocity agreement that will be covered in a future InsideFlyer article.

Celebrity Cruises’ Captain’s Club is a solid loyalty program with compelling benefits like complimentary internet, laundry services, and more. The ability to leverage your elite status for equivalent benefits on Celebrity’s sister lines Royal Caribbean and Azamara Club cruises is just icing on the cake. You can review the program’s benefits in more detail at the Captain’s Club website.