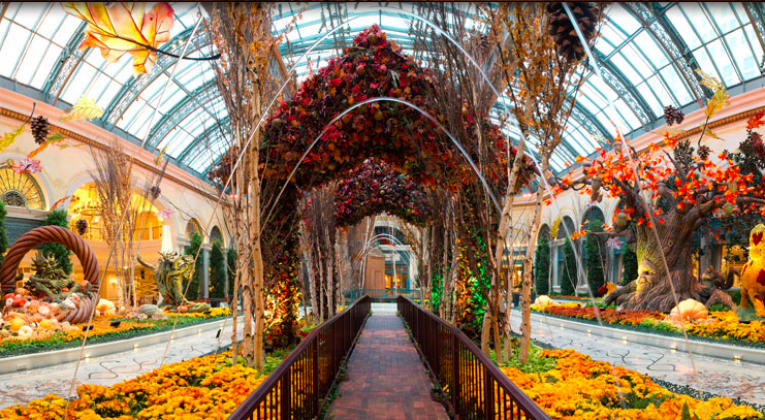 “We hate families. They have no time, no money and destructive little people. We want to take them [customers] by their ankles, shake them until all of their money falls out and send them on their way.” -an unnamed Las Vegas casino executive

Las Vegas is known as an adult playground and it’s likely to stay that way. Attempts to make it “family-friendly,” such as those of the early 90s, were colossal failures. And the city seems to have finally caught on. Where else could you have a slogan like “What Happens in Vegas Stays in Vegas.” So if Las Vegas is for grown-ups, why is the city so much fun for kids? Let’s face it, it’s impossible to build an entire Fantasyland in the desert without a few things for the children. So if you bring your little people to the Strip, here are a few of the “sin-less activities that you’ll want to investigate.

Calling the Pinball Hall of Fame is like calling a supermarket a “food hall of fame,” but it’s still a heck of a lot of fun. Okay, it may feel like a giant warehouse, but there are 150 or so pinball machines and another 50 arcade games. Want to play an electro-mechanical machine from right after World War II? No problem. More interested in a computerized game from five years ago? Also not a problem. Even if you don’t like pinball at all, there are a number of arcade classics from the 80s, such as Paperboy, Ms. Pacman and Donkey Kong. And since the operation is a not-for-profit, many of the games are still a quarter, giving you a much better return than you would get from a slot machine. Speaking of which, if you think that pinball machines don’t have any history in Las Vegas, think again: Two of the largest manufacturers of pinball machines from the 60s and  70s were Bally and Williams, now manufacturers of slot machines.

The only problem you will have with Circus Circus is where to start (after you hit the ATM, of course). Do you jump right into the Adventuredome, the five-acre amusement park in the middle of the property? How about heading right to the circus, with the performers who fly through the air with the greatest of ease? Or how about the midway, with the traditional games that look to separate you from your dollars while you attempt to win a stuffed animal that you couldn’t possibly carry home? No matter where you start, you may want to plan on ending at the hotel, as well, given how much there is going on for Junior. An all-day pass at the Adventuredome will run you $32 for adults and $18 for kids, a family of four can be entertained for a single C-Note. Sure, it sounds expensive, but where else can you go straight from the Carousel to the Sling Shot? And if you only want to squeeze in a quick ride instead of spending the day, you can check out the Big Apple Coaster or one of the rides at the Stratosphere.

Lion(fish) and tigers and sharks, oh my!

And you thought the only wild animals you’d see in Las Vegas was that bachelor party, didn’t you? Think again.

Like everything else in Las Vegas, bigger is better when it comes to animals. While the city lacks a world-class zoo, it does make good use of water at Mandalay Bay and the Silverton Casino. Mandalay’s Shark Reef is simply enormous, with the shipwreck aquarium coming in at a mere 1.3 million gallons. You’ll have your choice of 15 different kinds of sharks, turtles, crocodiles and just about anything else you can think of. And your $12-18 admission will include a Touch Pool, although I don’t think you’ll be petting a crocodile. The Silverton’s aquarium is about 1/10 the size of Mandalay Bay’s, but it won’t cost you a penny (outside of what you put into the slot machines). There are 4,000 kind of fish and, if partial humans is your thing, there are two 500-gallon aquariums with genuine pretend mermaids, who put on several shows per day.

The big animal draw in Las Vegas is Siegfried and Roy’s Secret Garden. While there is no longer a show to attend, a $20 ticket will get you in to see the dolphin habitat in addition to the white lions and tigers. Don’t expect too much in terms of interaction with the animals, but they are all gorgeous and, if you time it right, you may get to see a feeding. Want to take it to the next level? There are plenty of individualized experiences, such as “Painting with the Dolphins.” For $199 per person, those dolphins better be Salvadore Dali-phins.

Bellagio-the Conservatory and the Fountain

Children aren’t always known for their love of art, but here are a couple of sights that will still go over well with the younger crowd.

The Conservatory & Botanical Gardens is one of the most stunning sights in the whole city. The show changes seasonally and is always worth visiting, just to see what the Conservatory botanical team has put together. Be sure to bring your camera.

Step outside and you can see the famous Fountains of Bellagio. Every 15 or 30 minutes, the fountains “perform” a water show choreographed to music and is more entrancing than the majority of shows on the Strip. Ironically, when he built the Bellagio, Steve Wynn spent tens of millions of dollars to entertain his guests, only to discover that the best viewing site was from the Paris Hotel and Casino, across the street. He did not make this mistake again when he built the Wynn Hotel, creating a volcano that could only be seen from inside the property.

You could spend days doing these activities and barely scratch the surface of family-friendly Las Vegas. Whether it’s the Fremont Street experience downtown, Treasure Island Hotel and Casino or even the overpriced M&M’s World on the south end of the Strip, there are enough activities to keep your kids running from morning until night.