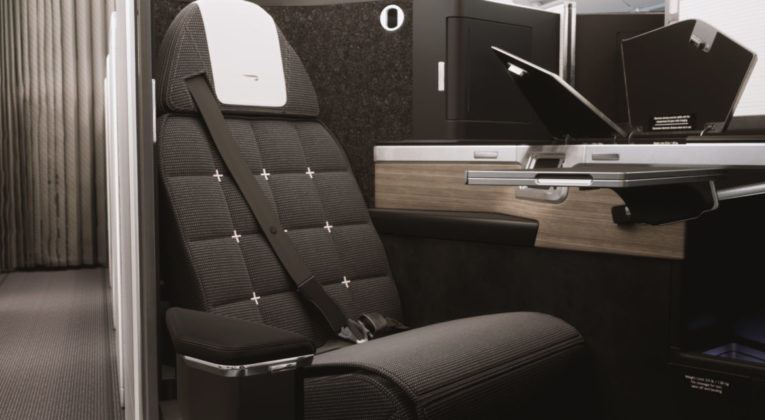 If you’ve never experienced the thrill of flying in business class, you should definitely give it a try. Years ago, I was of the opinion that spending far more miles to sit in a bigger seat couldn’t possibly be worth it. Why burn extra when you could save for another trip??

Soon enough, my mind was changed, primarily because I found myself accruing miles quickly enough that burning a few more is now much easier to justify.

There is certainly the comfort aspect to consider, though. I don’t mind braving intercontinental flights in economy, but every once in a while it is nice to sit up front. And some carriers are making things even nicer. Here are a few new business class products to consider trying out:

Of all the carriers in Europe, British Airways might be the most in need of a business class refresh. With a staggered business class that is effectively an 8-across configuration, there is a whole lot of room for improvement. British Airways is one of the few European carriers to hold onto a first class product, although even this (at least the hard product) often gets compared to the business class of other carriers.

However, British Airways is finally rolling out a brand new business class product aboard their A350-1000. And man does it look suite. ‘Cause it is a suite. The reverse herringbone seats put their current business class to shame. How I hope they roll it out on the San Francisco to London route. I have a feeling their A380 and 747 will keep operating that route, however.

How to book: British Airways has notoriously egregious fuel surcharges on their award tickets. You may be able to dodge some of these by either using Asia Miles to book or by departing certain airports (e.g. Hong Kong). Consider using American AAdvantage miles as well, or BA’s own Avios if the route is a sweet spot and you can score off-peak pricing. Turkish Airlines has long been known for their excellent business class soft product but underwhelming hard product aboard their 777s. With a 2-3-2 layout, they stuff more business class seats into the cabin than numerous other carriers, and some poor souls end up stuck in middle seats.

However, this is being remedied by their new business class product which they’ve started to roll out on their 787s and will on their A350s. It’s a beautiful 1-2-1 reverse herringbone hard product that should quickly make them one of the nicest European carriers if they can maintain their superior service.

How to book: Lots of ways. United MileagePlus is a decent choice, as well as Aeroplan. Turkish Airlines own Miles&Smiles aren’t bad for nonstop flights from the U.S. to Istanbul, although they will stick you with some surcharges. You can also fly round-trip using ANA Mileage Club between the U.S. and Europe for only 88,000 miles round-trip.

What? WestJet has long-haul business class? I wasn’t even aware the Canadian carrier offered such flights until a few months ago. Turns out, they are pretty nice. Not to mention you can sometimes score their business class for a pretty attractive price (if paying for business class is your thing).

WestJet flies a reverse herringbone product on their 787s between their Calgary hub and London, Dublin and Paris.

How to book: Consider burning your Chase Ultimate Rewards or Thank You Points directly for a cash ticket. Fares from the U.S. West Coast to Dublin and London sometimes drop to under $1,000 one-way. This is less than 67,000 UR if redeeming your Chase Sapphire Reserve points. You should also be able to book using Delta SkyMiles if you can find the award space.

Whether you have already flown a number of business class products or have yet to experience the wonder of a lie-flat seat in the sky, consider giving these products a try!