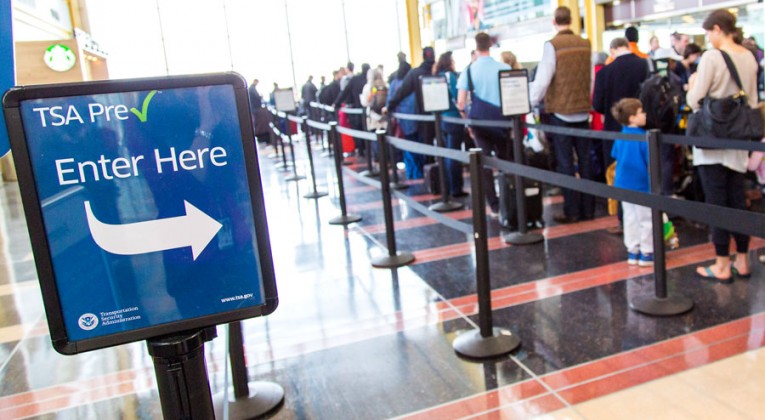 With the summer travel crush set to begin this weekend, there’s no better time to think about navigating the airport security checks a little easier, a little faster.

With the additions, the number of PreCheck-eligible airlines has increased to 37, including all major U.S. carriers.

PreCheck travelers may leave on their shoes, light outerwear and belts, and keep laptops in their cases and 3-1-1 compliant liquids in carry-ons when clearing security in designated screening lanes.

The TSA is quick to caution that PreCheck doesn’t mean no-check: “As always, TSA continues to incorporate unpredictable security measures, both seen and unseen, throughout the airport. All travelers will be screened, and no individual will be guaranteed expedited screening.”

To enroll in PreCheck, travelers pay an $85 application fee and must undergo an in-person interview at one of TSA’s 380 application centers.

Once approved as a low-risk traveler, flyers are entitled to use TSA PreCheck lanes for five years at more than 180 U.S. airports when flying on participating carriers.

With full flights and travel’s generally high hassle factor, anything travelers can do to make flying less stressful is worth a look. In April, for example, the TSA claims that PreCheck flyers cleared security checkpoints in less than five minutes 97 percent of the time.

While PreCheck can be a time- and aggravation-saver, as intended, the service is not without its critics, who cite the cost and two-step application process as deterrents to many would-be participants. Notwithstanding such quibbles, more than 4 million flyers now participate in PreCheck.

Are you a PreCheck member? Would you recommend it to others?