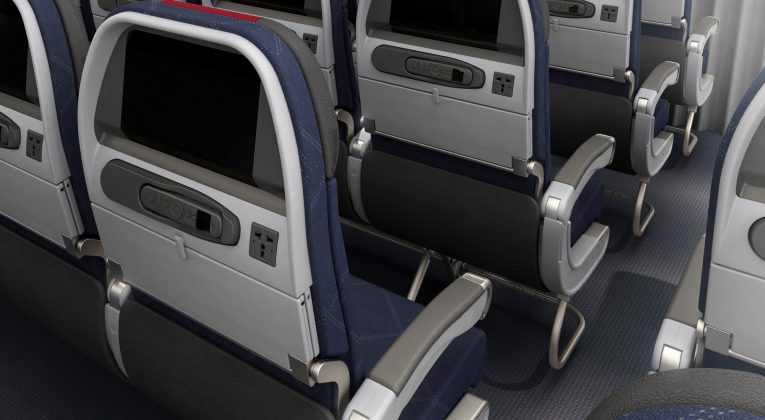 Here’s the opening line of “How to Resolve Fights over Reclining Airplane Seats: Use Behavioral Economics,” an academic paper by two law professors, originally published in Slate and republished this month on the evonomics.com website: “Not since the Battle of the Somme has such little space been the subject of such intense conflict.”

As the paper’s title suggests, the little space that gives rise to so much conflict is the four inches that coach-class flyers lose when the passengers in front of them recline their seats. While four inches may not sound like much, any traveler who has had his scant personal space compromised by someone reclining his seat can attest to its importance in flight. It’s a difference-maker, and an air-rage trigger.

Based on their research into the matter, the two professors have developed a solution to the problem that, in theory, will resolve any conflict between the recliner and the reclinee. It involves an exchange of money.

Depending on how the research question is framed — with either the recliner or reclinee accorded the assumed right to the contested space — the study found that recliners would accept $41 to refrain from reclining, or pay $12 for the privilege of reclining; and the reclinees would pay $18 to protect their space from recliners, or accept $39 to allow other passengers to recline into their space.

Related: American’s New Upgrade Policy: What You Need to Know

The economic modeling is intriguing, not least for the light it shines on the effect “right to recline” versus “right to my space” has on passengers’ perceptions of the value of reclining. As it stands today, the presumption is that passengers enjoy the right to recline. That’s implied by the fact that airlines continue populating their coach cabins with seats that can be reclined.

In practice, there’s no possibility that significant numbers of travelers are going to start negotiating a satisfactory monetary exchange to tamp down the tension between recliners and reclinees. So the current discomfort, festering resentment, and air rage will persist.

As an admitted proponent of right-to-space, my recommendation would be to simply take the option to recline off the table. Lock coach seats with, say, fewer than 35 inches of pitch in an upright position. It’s not a perfect solution to the problem, but it’s the best solution for the most affected travelers.

Right-to-recline or right-to-space: Where do you come down on the debate?