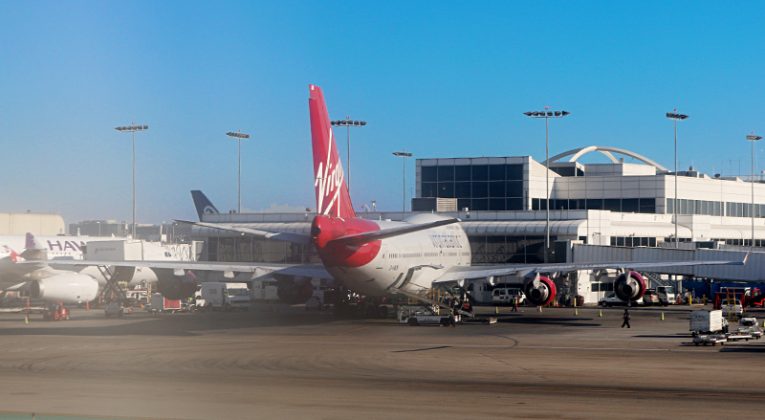 Through Thursday, September 22, 2016, you can save 30 percent on the redemption of miles for award travel in the economy class cabin and premium economy class cabin on flights operated by Virgin Atlantic Airways — and, of course, you must be a member of the Flying Club frequent flier loyalty program to participate in this promotion.

Award trips start at 24,500 Flying Club miles for return flights while seated in the economy class cabin between the United Kingdom and cities such as Atlanta, New York, Newark, Washington, Boston, Chicago and Detroit — the redemption amount is usually 35,000 Flying Club miles — but taxes, fees, charges, and carrier-imposed surcharges start at a minimum of £211.00.

As an example: although the itinerary between London and New York supposedly starts at £259.00, expect to pay anywhere between £332.45 to £398.94 in taxes, fees, charges, and carrier-imposed surcharges.

For premium economy class redemptions, award trips start at 38,500 Flying Club miles for return flights while seated in the economy class cabin between the United Kingdom and cities such as Atlanta, New York, Newark, Washington, Boston, Chicago and Detroit — the redemption amount is usually 55,000 Flying Club miles — but taxes, fees, charges, and carrier-imposed surcharges start at a minimum of £341.00. As with the economy class cabin, expect to pay more in taxes, fees, charges, and carrier-imposed surcharges.

The offer of a 30 percent reduction in the redemption of Flying Club miles can be booked on different routes, as long as both routes are included in the promotion. One of many examples is London to San Francisco and Los Angeles to London, which is known as an open jaw.

Flying Club reward flights are subject to the payment of applicable taxes, charges, fees and surcharges. The exact amount will be advised at the time of booking online or via the contact centers of Virgin Atlantic Airways.

This offer is for full mileage reward seats only, and cannot be combined with Miles Plus Money fares. CombiFares — which comprise of a one-way flight reward with a one-way published fare — are permitted.

Once the booking has been ticketed, amending the route is not permitted; but changes in dates can be made; although normal charges — if any — apply.

Credit card upgrades can be applied to this offer.

Flying Club miles or tier points cannot be earned with this promotion.

The terms and conditions of this offer seem to be rather straightforward; so it should be a fairly easy promotion in which to participate.

The good news is that you can use the spending calculator to get more accurate information on what you should expect to spend in both Flying Club miles and the amount of money to cover taxes, fees, charges, and carrier-imposed surcharges.

Be sure to avoid the busy holiday periods for the best availability possible in securing your savings, as all reward seat travel offered by Virgin Atlantic Airways is strictly subject to availability. Some flights may have no availability on certain routes and popular dates — such as, for example, weekends, school holidays and public holidays. Flexibility in your schedule is the key to being successful with this sale.