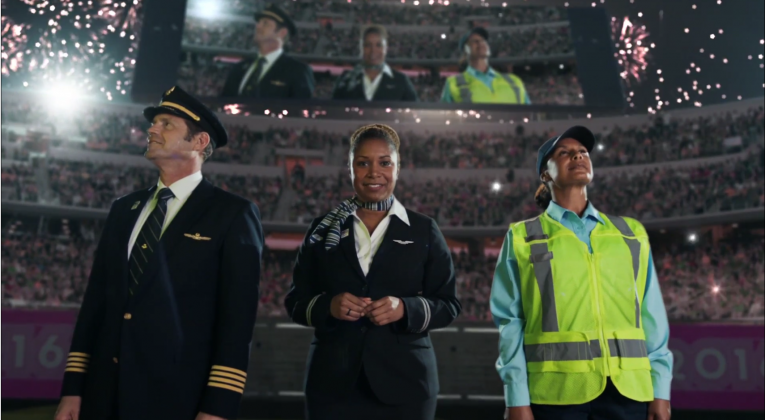 Love ’em or hate ’em, airline safety videos are the way of the future.

With a little over three months until the start of the Olympics in Rio de Janeiro, Brazil, United has debuted a new safety video with a focus on the Olympics. The airline has long history of being involved with the Olympics, spanning more than 35 years. In 2009, United painted a Boeing 747 with “Chicago 2016” titles and flew a charter flight to Copenhagen in an effort to draw the Olympics to the Windy City.

Below is the 2016 Team USA video. Featuring a variety of actual United employees, it was created by United’s ad agency McGarryBowen. Based in New York City, with offices around the world, McGarryBowen was selected in 2011 to manage advertising for the airline after they merged with Continental.

After viewing the video, what were your thoughts? Call me old school, but I much prefer a basic safety video that covers the basics and nothing more. The airline and editing company did a great job on the video, but when it feels like you are living on an airline, seeing a safety video like this, over and over, can be a bit annoying.

Per the Chicago Business Journal, United will begin screening this safety video starting May 1st. The video will continue to be shown through the Olympic games (August 5th – 21st).

What is your favorite airline safety video?