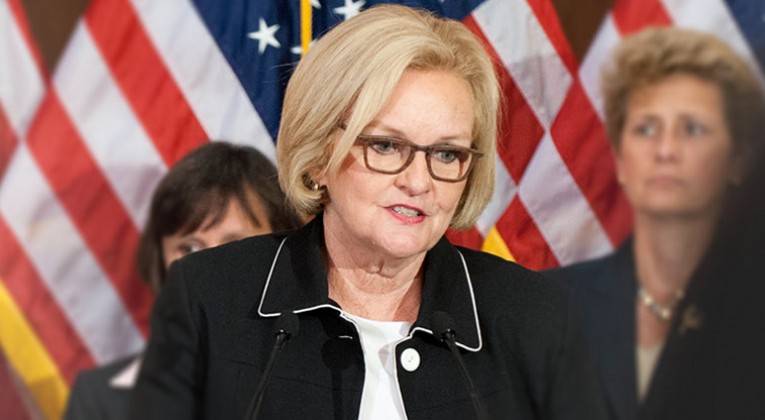 Claire McCaskill — who is a Democratic senator of the United States representing the state of Missouri and a former chairwoman of the Subcommittee on Consumer Protection, Product Safety, Insurance, and Data Security — introduced legislation prohibiting management of hotel and resort properties from charging resort fees specifically designed to be initially hidden from the consumer; requiring disclosure of said resort fees; and include the full cost of a stay in the room rate.

“It’s clear there’s a bait-and-switch going on when it comes to these hidden hotel fees, and consumers are paying the price,” said McCaskill. “What I heard from Missourians was clear — families who’ve saved for a well-deserved vacation are too often facing sticker shock when they’re slapped with their final bill. This legislation provides a commonsense solution, requiring hotels to be upfront about mandatory costs by including them in room rates.”

The legislation would explicitly prohibit advertising a hotel room which does not include all required fees — other than taxes and fees imposed by a government — by explicitly declaring it an unfair and deceptive advertising practice; give the Federal Trade Commission of the United States the authority to enforce the prohibition; and give state attorneys general authority to enforce the prohibition by bringing a civil action in federal court.

Mandatory resort fees — which can start as low as five dollars and soar to greater than $100.00 per night — are intentionally not included in the rate advertised rate for a hotel room in order for the room rate to intially appear inexpensive; but consumers are typically charged these fees when checking in or out of a hotel or resort property.

To be fair, many hotel and resort properties do clearly disclose the mandatory resort fee during the process of booking for a reservation of a room — arguably in current compliance with existing rules from the Federal Trade Commission — but in many cases, the consumer still has to initiate the booking process in order to have the mandatory resort fee disclosed; and the fine print or vague language used can potentially further hamper and inhibit the education of the consumer as to the room rate for which he or she will actually be paying.

Resort fees can sometimes constitute a significant percentage of a hotel bill — such as a resort fee of $5.50 plus tax for a room at a Rodeway Inn property located near Walt Disney World, for example…

…and that significant percentage can be as much as 50 percent added to the cost to the room rate for what typically amounts to a list of useless amenities and services.

In fact, management of hotel and resort properties charging mandatory resort fees argue that they are intended to cover the cost of amenities and services such as the pool, gym, coffee, newspapers, and other amenities, despite often having no connection to the actual cost of services rendered. Consumers usually have no choice but to pay the mandatory resort fees — even when not using the amenities claims to cover those fees.

The Federal Trade Commission Did Step In — But…

McCaskill wrote this letter on Thursday, July 16, 2015 to Edith Ramirez — who is the chairwoman of the Federal Trade Commission — in a failed effort to encourage the government agency to put an end to the practice of mandatory resort fees in the lodging industry using its existing broad authority to prevent unfair and deceptive advertising; but inaction from the agency prompted McCaskill to introduce the proposed legislation earlier today.

This article on Wednesday, November 28, 2012 pertains to the proliferation of resort fees when the Federal Trade Commission of the United States finally announced that it was taking action against the practice of hotel properties to charge undisclosed mandatory resort fees to its guests.

As a result of its investigation, the Federal Trade Commission — a division of the United States government charged with protecting the American consumer — had warned 22 hotel operators that their Internet reservation web sites may violate the law by providing a deceptively low estimate of what consumers can expect to pay for their hotel rooms. “Consumers are entitled to know in advance the total cost of their hotel stays,” said Jon Leibowitz — then the chairman of the Federal Trade Commission — in this release by the Federal Trade Commission, at which a copy of the warning letter in portable document format is included. “So-called ‘drip pricing’ charges, sometimes portrayed as ‘convenience’ or ‘service’ fees, are anything but convenient, and businesses that hide them are doing a huge disservice to American consumers.”

Unfortunately, neither lawsuits nor petitions nor boycotts nor intervention by the Federal Trade Commission of the United States have helped to control the proliferation of mandatory resort fees — at least, not yet, anyway.

Support and Opposition of the Proposed Legislation

Declaring frustration in the practice of implementing mandatory resort fees in the lodging industry nickel and diming consumers, McCaskill asked for input from her constituents last year — and received hundreds of responses in opposition of mandatory resort fees as a result. This led to the legislation which was proposed by McCaskill earlier today.

A representative of the American Hotel and Lodging Association — which represents the lodging industry in the United States — argued that the bill would make it easier for Orbitz, Expedia and other Internet travel agencies to hide their own service fees; and that consumers and local governments deserve full transparency with their hotel reservations. This bill would potentially cause confusion among consumers and local governments…

“In many jurisdictions online travel agencies are pocketing consumers tax dollars, and with the consumer never the wiser”, according to this official document titled The Facts on Mandatory Resort Fees from the American Hotel and Lodging Association. “Contrary to reports, resort fees have steadily declined over the past decade. According to a comprehensive survey on hotel trends, a mere seven percent of” approximately 53,000 hotel and resort properties “charged mandatory resort fees in 2014.”

The ideal solution is for hotel and resort properties to offer room rates which include all taxes and fees for the consumer to instantly identify — similar to pricing displayed in large numerals at fuel stations — but should also disclose the exact breakdown and itemization of room rates so that the consumer knows exactly what he or she is paying; and to whom.

Efforts to reform the lodging industry pertaining to mandatory resort fees — and, for that matter, the similar mandatory facilities fees — have been unsuccessful thus far; but that does not mean that we should not stop trying.

You are encouraged to please continue to add to the growing list of hotel and resort properties which charge mandatory resort fees so that consumers are not surprised when searching for room rates at lodging options.