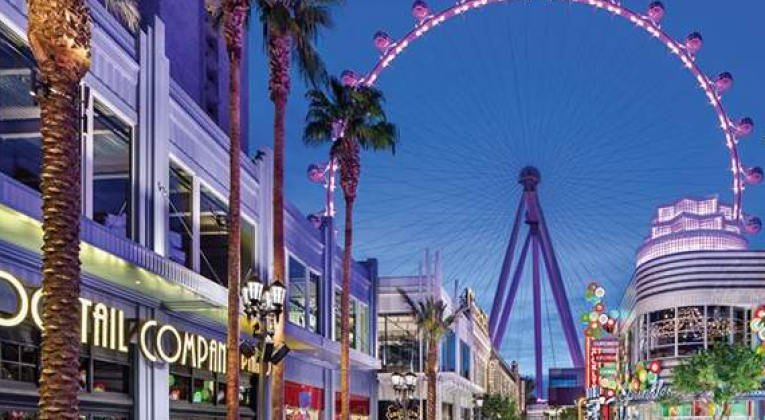 It is a truth universally acknowledged, that a single man with membership in a loyalty program must be in want of a good credit card. But the operative word here is “good,” and not every company meets that standard.

Credit cards are one of the few win-win-win situations in the world of loyalty plans. The programs sell points to the bank issuing the card. The card companies reward you with those points. The banks make money from the interchange fees when you use the card to make purchases. Merchants are not a big fan of the offerings, since they often pay higher rates on those cards, but it’s a cost of doing business.*

As one of the few gaming companies with true national scale, Caesars Entertainment is in a position to issue its own card based on its Total Rewards program. And while the card offers a few basic benefits, it’s probably not enough to attract the heaviest users, for reasons that I will discuss later. On the plus side, the card has no annual fee and is best for those who play at Caesars but don’t do so frequently enough to earn comped RFB (Room, Food and Beverage).

Issued by Comenity Bank, the Total Rewards (TR) Visa Card offers one point per dollar spent, with the exception of double points on airlines, gas and groceries, and 5X points per dollar on spend at TR resorts, casinos and through their events portal.

Spend $750 in the first 90 days of being approved and you will receive 10,000 Reward Credits (RC), which is worth up to about $100, valuing the points at a penny per point toward expenses such as your meals or hotel bill. I’ve seen targeted offers as high as 20,000 points.

You also get your choice of two tickets for the Higher Roller observation wheel in Las Vegas, two buffet passes or one comped night in Atlantic City, Sunday through Thursday. These options compare favorably to the prior bonus of two passes to the Buffet of Buffets.

Make any purchase within 90 days of applying and you will receive Platinum Status in Total Rewards. While an upgrade in status sounds like a big deal, there are actually only two incremental benefits that you get by going from Gold to Platinum, the ability to gift points and a 15% discount at casino gift shops. The real gain comes from the difference between Platinum and Diamond. Furthermore, you need to spend $5,000 on the card per year to maintain your Platinum status. Since you probably would not want to use this card for any expenses except those at an actual Caesars resort, you may or may not hit that threshold, although I’m not sure that it makes much of a difference.

Spending $10,000 in a calendar year on the card will get you “VIP access” in Las Vegas for the following year. Again, big overture, little show. Here are the list of your benefits:

VIP Line check-in is nice and the pool access is a plus, but there’s not a lot of meat on this particular bone. The benefits will likely benefit some more than others.

This card has a very limited audience of customers who would truly benefit. Points are exchangeable for little outside of a Caesars property (They have a catalog of items that you can buy, or you can exchange them for gift cards at a value of less than 0.5 cents per point.) and, even at Caesars resorts, TR points are only worth a penny each. There are much better ways to earn more than 1% on a credit card without being tied into Total Rewards. You can get significant benefit if you spend a lot of money at their properties, but if you are a true big spender, you are probably getting most of your costs comped, anyway. The best thing about this card is that it is free, so those who do spend money at Caesars properties have some opportunity for upside. For anyone else, you’ve got many better options.

*I’ve left out one group that really loses: those people who do not pay their bills in full each month and end up paying the exorbitant interest charges that the banks use to subsidize rewards. Don’t be one of those customers. Pay your bills in full every month and, if you don’t, find a low-interest rate card.