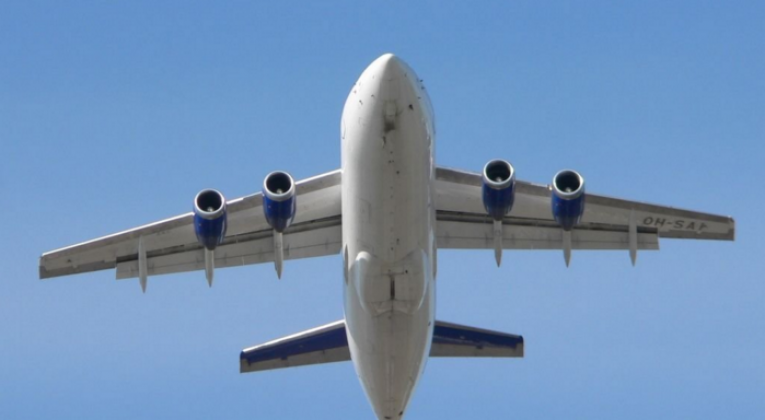 There is a lot of mythology about airlines and their economics. Any business that has such a delicate balance of supply and demand, not to mention the cyclical factors, is going to generate a number of questions about how it makes money (In many cases, the airlines don’t.).  Even the experts, the Wall Street analysts, have no idea what the final numbers will be: For 2016, Bloomberg shows analyst profit estimates at Delta ranging from $3.7b to 4.8b. But what’s a billion dollars between friends?

Needless to say, such volatility generates a lot of myths and misinformation about the industry (although it is true that Warren Buffett said that a far-sighted capitalist should have shot down Orville Wright. He got “wright” to the heart of the matter.). Here are a few of the “myths” that I have heard over time about the airlines:

Airlines Lower Ticket Prices Because Oil Prices Are Down

It makes sense that airlines would lower the price of the output (your ticket) as the price of the input (oil) went down. After all, when oil was over $100 per barrel and represented 40%+ of many airlines’ operating expenses, they made up for it by raising fares and instituting surcharges. Shouldn’t it work the other way?

Unfortunately, it doesn’t. Airlines have a long and glorious history of losing money, with five of the six major network carriers (Continental was the sole survivor.), as well as numerous smaller operators (Skybus, anyone?) having visited bankruptcy since 2002. Thus, as fuel prices went down, the airlines attempted to keep prices flat (or continue to raise them), keeping the difference to pay down debt, return to shareholders, invest in the product, purchase ivory back scratchers, etc.

That’s not to say that there is no correlation between fuel prices and ticket prices or, in this case, RASM (Revenue per Available Seat Mile; one seat flown one mile is equal to one ASM, so a plane with 150 seats that flies 100 miles would have 15,000 ASMs (150*100). RASM is simply revenue divided by that number. Higher RASM means that you are generating more revenue per seat, whether it has a butt in it or not.).

But revenue managers aren’t giving you a few bucks back because they are purposefully lowering prices. Historically, both oil prices and airline demand are driven by GDP. As one goes down, the other usually does, too.

The problem for the airlines is that oil prices come down before demand does, so bookings don’t reflect any sort of slowdown. The carriers simply have the benefit of lower fuel, and airlines just can’t help themselves: As input costs come down, they increase capacity. Routes that weren’t profitable at $100 per barrel are now highly profitable at $50. Increased supply leads to slightly lower prices (although higher profits, since the airlines are still making money on incremental flights). Likewise, airlines have negotiated corporate contracts that do take into account the price of fuel. Pricing will come down slightly on these fares, although the everyman isn’t affected: The airline simply takes away the surcharge and adds it back in as part of the ticket price.

As I mentioned above, airlines measure capacity in ASMs (available seat miles). “Load Factor” is a metric that airlines use to measure actual passenger traffic. The load factor measures the percentage of seats that have passengers, so if the above flight had 120 passengers, the load factor would be 80% (120/150).

It would make sense that maximizing load factors (i.e., filling the plane) would be the best way to maximize profits, since an unfilled seat when the plane takes off is gone forever; there is no such thing as inventory. But that’s only one side of the equation.

A far more critical factor to airline profitability is how much tickets sell for. A dollar of pricing drops right to an airline’s bottom line, while another passenger comes with additional (albeit low) costs. But trying to fill a plane to 100% has other unintended consequences. To fill a plane, you need to lower prices. Unfortunately (for them, anyway), passengers won’t tell you ahead of time how much they are willing to pay. Thus, the airline has to price at the lowest common denominator, which is often only a fraction of what a business traveler would pay (See my note below about ultra-low cost carriers). Thus, they might end up selling a ticket for $50 to one who would have been willing to pay $500. Revenue management systems can only predict how many would be willing to pay up for a ticket, not which ones they are.

But there’s a cost issue, as well. More people=more chaos. It’s quick and easy to board 50 people on the above plane. Not so much to board 150. The airline eventually reaches the point where each additional passenger generates incrementally more work (i.e., the difference between the 123rd and 122nd passenger is greater than that of the 122nd and 121st). By the time you get to the last one, the time wasted trying to get everyone seated, every bag checked, etc. is extremely costly. A few extra minutes here and there will not only cost the airlines in their on-time rates but also in actual dollars, as it would eventually be forced to make schedule adjustments.

While that’s not completely untrue (Newer airlines have younger employees, and thus, a lower wage scale, while fees have become standard, rather than extra.), they’re not the key driver of profitability, either.

The first breed of low cost carriers (LCC) was Southwest Airlines. Founded in 1967, the airline managed to avoid onerous federal regulations by staying solely within Texas, flying the “triangle” created by Dallas, Houston and San Antonio. Southwest was not a LCC on purpose. Rather, it was forced into the position in 1973 when, after two years of losses, it was forced to sell a plane to maintain its liquidity. Instead of cutting back on flights, though, the airline flew a four-airplane schedule with three airplanes, speeding up the “turn times (the time it takes to unload a plane at the gate and then prepare it for its next departure)” between flights. Efficiency proved to be the key. Its cost per flight went down and profits went up. After de-regulation in 1978, the airline expanded its operations but never abandoned the highly efficient cost structure that it had developed. Instead of adding new fleet types, first class and other factors that drove costs higher, the airline maintained its pattern of success, targeting low-fare traffic by flying into “secondary” destinations (e.g., Providence, RI instead of Boston).

It is impossible to overestimate the importance of airline efficiency as a driver of profitability. Network carriers fly their planes about nine hours per day, as they often sit on the ground, waiting for connecting passengers at a hub. An unused plane is a costly plane. Traditional LCCs, as well as the new breed of Ultra-low cost carriers (ULCC) fly their planes longer, with the LCCs averaging 10-11 hours per day and the ULCCs going for 12 hours or more. Unlike the network carriers, which connect people through hubs, LCCs generally fly passengers point-to-point, with few actually connecting. Thus, a plane can be unloaded, cleaned and the sent back out on its way without having to try and determine optimum connections for passengers.

Thus, the model for the successful LCC was born: High efficiency, simple operations and low costs that allowed the airlines to make money at lower fares. Other airlines attempted to copy Southwest, but nobody has gotten it exactly right. Airtran constantly had Delta breathing down its neck in Atlanta, while JetBlue found a niche at JFK but was unable to maintain its cost structure.

Fees are a more recent phenomenon, also driven by the threat of bankruptcy. As carriers competed to have the lowest ticket price, they realized that there was only so far that they could drive down fares and remain profitable. But what if there was a way of having cheap ticket prices but also making a lot of money? Thus came the evolution of the low-cost carrier, the Ultra low cost carrier. Ryan Air was the first iteration of the breed. Faced with tremendous losses in the early 90s, CEO Michael O’Leary, a big fan of Southwest’s Herb Kelleher, decided to take the LCC model one-step further: If passengers made their choices solely on price, the best option was to charge as low a price as possible, possibly using the ticket itself as a loss leader, and offer no additional benefits. No seat assignments. No free bags. No free Coke. Combining fast growth, tremendous efficiency & fleet utilization, and low airport fees, Ryanair quickly became one of the most profitable carriers in the world by consistently ticking off its passengers, who would complain about the airline but book again with them, anyway.

Spirit Airlines is the US version of the ULCC. Known for its minimal leg room and bothersome fees such as the one for carrying on a bag, the airline has also gone after its competitors by flying into major airports, almost from day one. Although it has successfully invaded Dallas, the network carriers are starting to fight back by matching fares. If the price of oil rises and Spirit is forced to raise fares, it will be interesting to see how many passengers continue to fly on “spill” carriers. I think I know the answer.