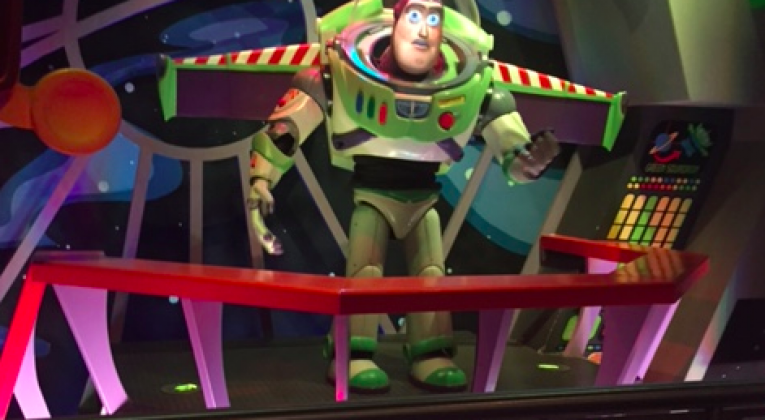 Score one for the good guys.

A few weeks ago, Levi Zilka, age 5, was returning from Disneyworld when the TSA at Fort Lauderdale airport noticed a weapon in his bag. As the first line of defense at the airport, the TSA inspected the bag. And then they confiscated Levi’s Buzz Lightyear Star Command Flip Grip Claw Grabber Arm.

The TSA policy is clear: Realistic replicas of firearms are not allowed as carry-on. And this is clearly a realistic replica of a firearm. Well, not really a firearm, since it’s not a gun, nor does it resemble one. I guess that rules out “replica,” also, since the word is defined as “any close or exact copy or reproduction.” This is a copy of nothing. And it’s realistic, but only if you live in a world created by Pixar. Emperor Zurg, beware.

The child probably should have expected this reaction. After all, the TSA does have a history with imaginary weapons.

I got in touch with the father, David Zilka, to find out how the story ended. And fortunately, all’s well that ends well. The TSA returned the toy and threw in another one as an apology. The family donated the second toy to charity. And the tale could have stopped there, another passenger saved only by social media. Except it didn’t.

Mr. Zilka saw the publicity that the incident had generated and decided to put it to good use. He told me that they are encouraging Levi’s supporters to donate a toy to a local toy drive for the holidays. You can take a picture giving a “thumbs up” in front of a donation box after you donate and tag it #thatstheirtoy. Given the number of people who have read the story, I’m hoping that a lot of deserving children will end up with a gift that they wouldn’t have gotten otherwise. The grinch may have tried to confiscate Christmas, but at least one family in Whoville is doing something about it.