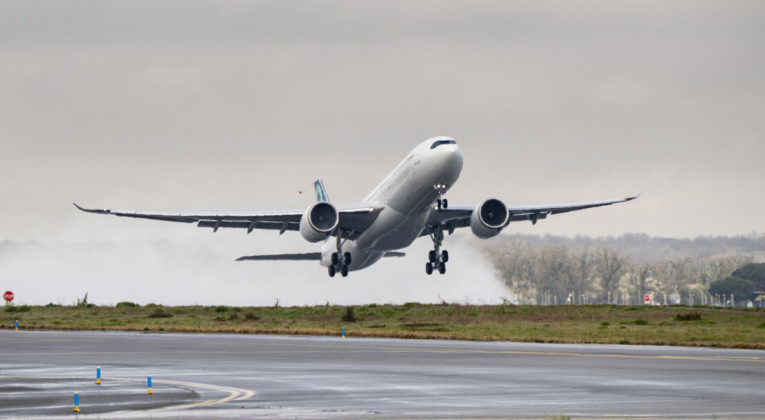 A improved A330neo from Airbus allowing more take-off weight, improved reach and lower operational costs, has had its first flight.

A new variation of the Airbus A330neo. A variation with a maximum 251 tonne take-off weight, had its first flight from the Airbus factory in Toulouse. The aircraft extends its reach to 650 nautical miles, with an improved take-off weight from 242 to 251 tonnes. This means that it also allows 6 tonnes more cargo onboard. The improvement will make even longer routes possible for the plane.

The improved A330neo is no new airplane type. However it features small improvements, made with weight neutral enforcements and adjestments to the landing gear. The landinggear is however still based on the present -800- og -900-models. According to Airbus, 99% of the spareparts, are identical to the older variations of the aircraft.

The Airbus A330-900, the largest of the two models, took off from the Tououse-factory on the 28th of febuary. The company beleives that A330-900 – having a capacity of 260-300 passengers – could now be used on longer stretches between Europe and Asia. It could as well be used across the pacific ocean. Improvements will also make it possible to use the smaller A330-800, on the longest pacific flights.