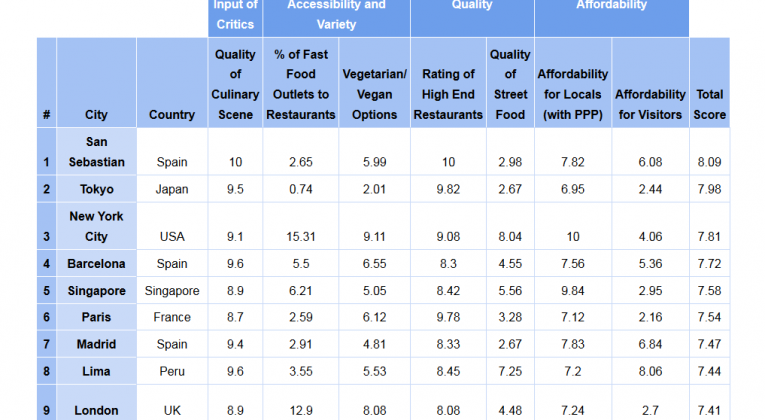 How do you decide where to travel?

There are many reasons to choose to visit one destination over another: weather, history, language, affordability, visual appeal, culture, and so on. For a growing number of travelers, food is among the top motivators. For them, it’s “Go where the eating’s good.”

So where is the eating good? Caterwings, self-described as an “online marketplace connecting customers and caterers,” has just released its 2017 Best Food Destinations Index, which attempts to answer just that question. To compile its list of the top 100 foodie cities, the company applied four criteria: the opinions of critics, accessibility and variety of food, the quality of the food, and the affordability of restaurant dining.

If you’re planning a food-oriented trip, there’s a clear conclusion to be drawn from the above results: Book a flight to Spain. Of the top-10 cities, fully three are in Spain, including the highest-rated city overall, San Sebastian.

Where to go? Now you know.