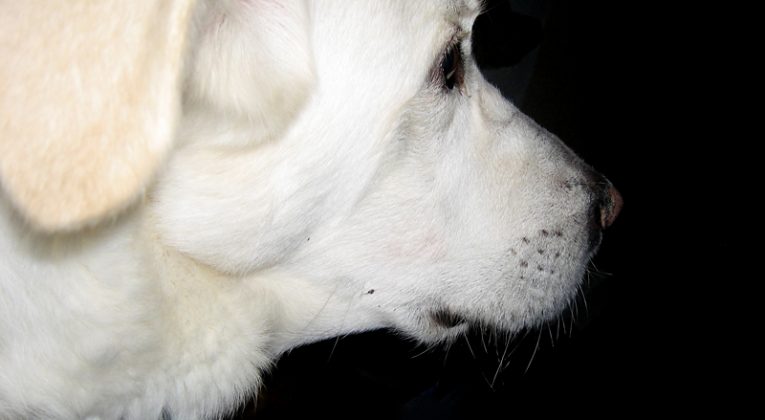 Despite an increasing number of reports of passengers passing off their pets as “emotional support animals” in order to bypass paying to transport them in the cargo hold of an airplane, there are distinct differences between a service animal and an animal used to provide its owner “emotional support.” Those distinctions are listed below.

The official definition of a service animal — according to the Disability Rights Section of the Civil Rights Division of the Department of Justice of the United States pertaining to the Americans with Disabilities Act, or ADA — is as follows:

Service animals are defined as dogs that are individually trained to do work or perform tasks for people with disabilities. Examples of such work or tasks include guiding people who are blind, alerting people who are deaf, pulling a wheelchair, alerting and protecting a person who is having a seizure, reminding a person with mental illness to take prescribed medications, calming a person with Post Traumatic Stress Disorder (PTSD) during an anxiety attack, or performing other duties. Service animals are working animals, not pets. The work or task a dog has been trained to provide must be directly related to the person’s disability. Dogs whose sole function is to provide comfort or emotional support do not qualify as service animals under the ADA.

Some State and local laws also define service animal more broadly than the ADA does. Information about such laws can be obtained from the State attorney general’s office.

Only two questions may legally be asked by employees of an airline — or of any other company, for that matter:

When it is not obvious what service an animal provides, an employee of an airline or other company cannot do the following actions without violating federal law:

…but the two permitted questions may be more than enough in some cases to have determined whether or not a dog is a legitimate service animal.

While not every bullet point found on the following list may apply to airlines, they do apply to such travel establishments as airport lounges and hotel properties:

An emotional support animal is a companion animal which provides therapeutic benefit to an individual designated with a disability — such as depression, bipolar disorder, panic attacks or anxiety as only a few of many examples. While only dogs — and, in a separate provision which need not be discussed here, miniature horses — can be officially designated as service animals, emotional support animals can also be cats and other animals as prescribed by a physician or other medical professional if the owner of the animal has a verifiable disability in accordance with federal law of the United States.

A commercial airline is permitted to require a passenger traveling with an emotional support animal provide written documentation that the animal is an emotional support animal — unlike for a service animal. A fee does not apply to service animals of passengers with disabilities — not even on airlines such as Spirit Airlines and Allegiant Air, which are known for their proliferation of ancillary fees. Here is a list of airlines based in North America with links to their official policies pertaining to animals:

Although that statement could be considered harsh, it is not that simple, as passengers who are officially diagnosed as disabled in some way or can provide proof that their animals were prescribed to them by a physician or other medical professional have a right to travel freely; and if they decide to travel, no one can discriminate against them.

In order to prevent discrimination by commercial airlines — based both within and outside of the United States — against passengers on the basis of physical or mental disability, the Air Carrier Access Act was passed by the Congress of the United States in 1986; and here are where complaints may be registered against an airline via the official Internet web site of the Aviation Consumer Protection and Enforcement division of the Department of Transportation of the United States.

Despite airlines specifically having their own rules pertaining to service animals aboard airplanes, there are an increasing number of passengers taking unfair advantage of the Air Carrier Access Act, as rules imposed by the federal government of the United States trump those by airlines.

The distinction becomes even more blurry when the animal is used for “emotional support.” Although a dog wears a vest which designates it as a service animal, it is anyone’s guess as to whether or not it is legitimate. You can purchase a service dog or emotional support animal kit for as little as $49.00 — cheaper than just about any airfare for the animal — and have that animal be your companion in the passenger cabin.

…but until and unless there is stricter legislation on what constitutes a legitimate emotional support animal, do not be surprised to see more dogs and cats as fellow passengers on your flights in the future — as well as pigs, turkeys, monkeys, parrots, miniature horses and other animals.