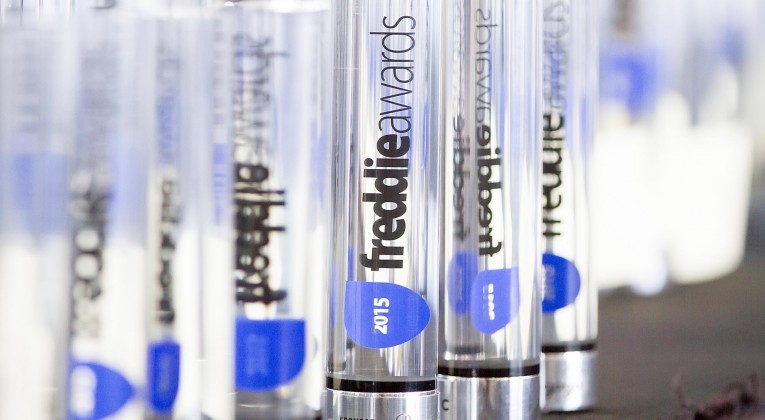 If you have not yet voted for your favorite frequent travel loyalty programs in the 2016 Freddie Awards, time is running out, as voting ends on Wednesday, March 30, 2016.

The actual ceremony of the Freddie Awards will be held in Las Vegas on Thursday April 28, 2016 starting at 5:00 in the afternoon Pacific Daylight Time — this time, outdoors in the Toshiba Plaza, which is a two-acre park-like entertainment space adjacent to the new T-Mobile Arena located just off the Las Vegas Strip between the New York New York and Monte Carlo hotel properties.

If you are not able to attend the ceremony in person, you will still be able to watch some of the results being announced and the festivities at the official Internet web site of the Freddie Awards.

Now in its 28th year, the Freddie Awards were introduced in 1988 by Randy Petersen, who is the founder of InsideFlyer and said that he is currently working hard behind the scenes “trying to get all the voters out we can for another great year… headed toward 21 million page views again.”

Vote today — before time runs out.