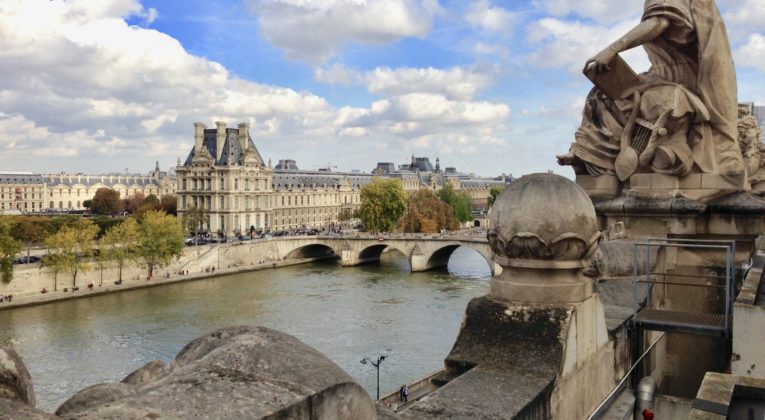 The continent of Europe is undoubtably one of the most popular travel destinations in the world. And for good reason! No other region packs more diverse culture, language, landscapes, food, and history within such a small area. A traveler could go from sampling wine in the South of France to soaking up the sun on a Barcelona beach in one day’s time. Everything is a train ride away! But with 44 countries to choose from, it can be easy for the first time traveler to get bogged down with the sheer amount of options they have. If you’re feeling overwhelmed, here are the top 10 countries to visit in Europe according to Bucket List Traveler to get you started.

Not often traveled to or considered by the average traveler, Ukraine boasts black sea resorts and beautiful cities such as Kiev.  As far as costs are concerned, it would be hard to find a cheaper travel destination in Europe, especially when it comes to eating out at restaurants.  Some of the most unique tours can be experienced here from visiting Chernobyl to driving actual tanks.

Located is Southeast Europe, Greece is situated at the crossroads of Europe, Africa, and Asia. With the longest coastline on the Mediterranean and 227 inhabited islands, there are plenty of beach resort destinations to enjoy.  Furthermore,  the ancient Greek monuments, delicious food, and budget friendly tourist packages make this an ideal destination.

This central, land-locked country is one of the most affordable countries to visit in Europe. It’s home to Prague, one of the most beautiful cities. Aside from Prague, other sights include medieval castles, chateaux, unspoiled countryside, mountains, national parks, and monasteries.

Flat landscapes, canals, tulip fields, and windmills are some of the Netherlands most distinct features.  The capital city of Amsterdam has many structures from the 17th century which make walking around the city like a trip back in time.  Springtime visitors can enjoy the famous Keukenhof tulip festival and those traveling in summer can enjoy several beach towns located on the north sea.

Nicknamed the “Emerald Isle”, Ireland’s landscapes are full of lush green hills and medieval castles. Visiting an Irish pub is always a fun experience where friendly locals are eager to strike up a conversation. No trip to Ireland is complete without trying a pint of Guinness, which for some reason loses all of its delicious flavor once it leaves the island.  In most countries, the best destination is the capitol city.  However for Ireland, visiting the villages in the countryside or taking a road trip around the ring of Kerry is much more interesting.

Arguably having some of the greatest natural beauty in the world, Norway has an abundance of snow capped mountains and dramatic fjords.  With camp sites in just about every town, this destination is a camper or backpackers paradise with seemingly an unlimited amount of hiking options.  Taking a cruise or road trip throughout Norway is so astoundingly gorgeous, it’s almost impossible to be bored.  If going on a hiking adventure, be sure to check out the Preikestolen and Trolltunga hikes. Only downside is Norway is just about the most expensive country in the world.  A hamburger at a gas station costs $15USD.

Having the third largest number of UNESCO World Heritage Sites, Spain has no shortage of historical destinations to visit.  The diverse landscapes of Spain vary from snow capped mountains, deserts, to lush meadows, along with coasts on both the Atlantic and Mediterranean.  Furthermore, Spain has some of the most beautiful beaches in the world with islands in the Mediterranean and Atlantic ocean such as Mallorca and Canary Islands.

Germany is the second most populated county in Europe with many large cities such as Berlin, Cologne, and Munich.  However, there are many small towns and villages that are much more interesting to visit such as Rothenburg, Rudesheim, Bamberg, and Cochem.

Oktoberfest held in Munich is the worlds largest festival attracting more than 6 million visitors annually. Aside from being well known for its numerous fests and having some of the best beer in the world, Germany has plenty of great wine regions to visit such as the Rheingau and Moselle Valley.

Well known for the incredibly beautiful city of Paris, France also has other great destinations such as the French Riviera, Alps, and wine regions such as Alsace, Burgundy, Champagne, and Bordeaux. Of all the countries to visit in Europe, it has arguably the best restaurants. Paris has a staggering amount of art held in gigantic museums with numerous ancient Roman sites such as Pont du Gard, Nimes, Arles, and Glanum.

Italy is full of ancient wonders, delicious food, coastal villages, and beautiful hilltop towns. While most folks visit Rome or Venice, there are plenty of other wonderful places to visit such as Cinque Terre, Tuscany, Amalfi Coast, Florence, and other areas in southern Italy.

So there you have it! A crash course in all the best countries to visit in Europe! This doesn’t by any means cover all of the wonderful destinations you can add to your itinerary but it’s certainly a great jumping off point. Wherever your wanderlust takes you, you’re sure to encounter a great sum of culture, history and breathtaking views! Now go fourth and enjoy your first big European adventure!