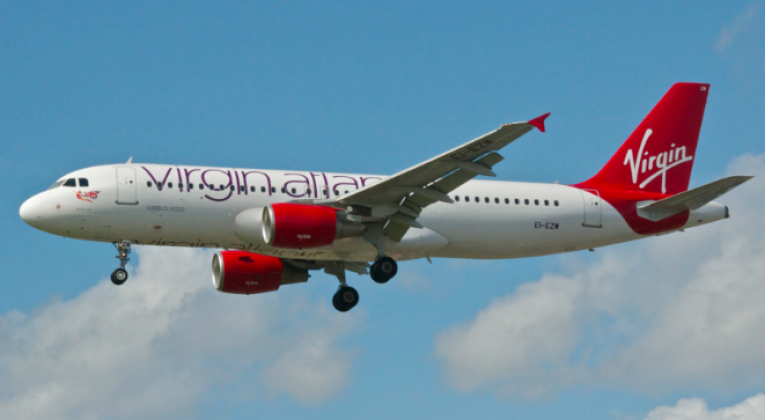 It had been a decade since I had flown Virgin Atlantic Upper Class, its premium cabin service, so I was looking forward to the experience. Upper Class (UC) had been created out of the realization that the three-cabin international aircraft (first/business/economy) was inefficient, since few passengers actually paid for first. Thus, the always creative Virgin Atlantic was one of the early adopters of the two-class cabin, with Upper Class and Economy. The UC product was superior to the Business seat on its competitors and Virgin’s move to two cabins allowed them to increase the number of premium seats available. It was a product that was ahead of its time.

The problem is, time moved on, and the Upper Class product on the A340 (part of the “old guard”), hasn’t. What was once one of the best seats in the industry now seems cramped, with 45 seats crammed into the front of the plane. The technology was ancient, with old personal screens and arcane connectivity. Even the service, which is Virgin Atlantic’s hallmark, seemed off. Overall, this product may exist in the range of “first-world problems,” but it likely was not representative of Virgin Atlantic’s best.

Easy. It took exactly one phone call to Delta to put 500,000 SkyMiles to work for four tickets (round-trip) from Boston To London. Availability was wide open and we chose an overnight flight for the way there and an afternoon flight for the return. That’s a heck of a lot of miles to pay for a flight, but after years of accumulation (Thank you, SunTrust.) and at a value of about four cents per mile, it was time to put them to work. We had to call Virgin to get seat assignments, but that was a small issue.

Upper Class passengers are entitled to use their own wing of the airport to check in and then wait in the the Clubhouse, where you could do anything from play ping-pong to order lunch. I’m going to write a separate review of the Clubhouse at a later date, but I’ll hit a few highlights.

Service was friendly and helpful, but they couldn’t handle the massive crowds. The Delta partnership, which had been so helpful in getting me tickets, led to overcrowding from Delta One passengers. We had trouble finding two seats together, let alone four. Eventually, they opened the second floor for us and a few other families.* Once we were seated, though, the experience got dramatically better. Servers ran up and down stairs, taking order and bringing food. If you did not want to wait for the servers, you could help yourself to sandwiches or at the bar. There was enough food at the lounge that you could happily eat lunch and not eat on the plane.

They call flights individually in the clubhouse, so feel free to relax as long as necessary.

At one time, Virgin Atlantic Upper Class was the best of the best, with each passenger getting their own little pod and a lie-flat seat. They’ve been leapfrogged, however.

The seat itself was adequate. It was somewhat awkward to reach behind the seat to find the right button if you wanted to turn it into a bed, but that was an easy fix. Where I ran into the most problems was how awkwardly my pod was laid out. 78-80″ in pitch is long enough for most people, but 22″ of width was narrow, particularly if you were trying to get up. The IFE unit was old and didn’t stow quite properly. Meanwhile, the tray folded out of the wall right at the spot where you would get out of your seat, meaning that you would need to fold it up every time you wanted to get up. Don’t try to get up during mealtime. In fact, the woman next to me got so frustrated with her apparatus that she actually climbed over the tray table.

Having eaten in the lounge, I wasn’t in the mood for a big meal. I skipped the mezze appetizer and decided to try the chicken, which wasn’t bad. Normally, chicken on airplanes is dry, but they managed to keep it juicy. Desserts were a range of puddings and fruit (What happened to ice cream? Ice cream always tastes better on an airplane.), which I also skipped.

If you were hungry in between meals, you could head back to the bar. In addition to drinks, they had a wide variety of snacks. You could get anything from fruit to chocolate, keeping everyone happy. They also had “seat-service,” where you could ask for a snack to be delivered. One note about the bar: On the afternoon flight, passengers tend to gather at the bar. Don’t take the last row of UC if you want to sleep.

One nice touch was the afternoon tea. I received a small scone, a few sandwiches and some pastries along with the tea served at your seat. Tea-time was about two hours before landing, so it was a nice way to relax as we began to prepare to touch down in Boston.

Food was standard for premium class service. There is not much to say, good or bad. It’s above average for airline food, as it should be, but you wouldn’t order these meals at a restaurant.

In-flight entertainment (IFE), however, was awful, primarily because of the technology. Small screens, lousy picture and unresponsive controllers. It was one of the old telephone-style remotes, although the best way to choose a movie seemed to be by pressing random buttons and hoping for the best. About an hour into the flight, my son’s IFE broke down. Mine followed up shortly thereafter, as did those of many of my cabin-mates. Fortunately, the flight attendants were equipped with iPads, which they should have just given earlier. Oh, don’t plan on using your Bose headsets on the flight. The plugs were the old-style, double-pronged outlets.

The airline does offer outlets to recharge your devices at every seat. If you have an Apple product, though, they may not let you use them. The outlets can’t handle the heat that Apple rechargers generate, so they are off-limits. I have to admit, this was the first time I had heard that one.

Traditionally, this is the area where Virgin shines, so I was surprised that the service on my flight was lackluster, at best. I had to ask more than once for most requests, even though the flight attendants were doing a good job of walking the aisles. One FA seemed permanently unable to smile, while a few others appeared to be distracted for most of the flight. To be fair, they were spending a good chunk of it resetting the IFE. Fortunately, the flight was one of my few interactions with Virgin on this trip where I didn’t have excellent service. The folks at check-in and in the lounges were delightful. I’d hire any of them.

In a word, disappointing. While I recognize that I was on an older aircraft type, this simply was not an “Upper Class” experience. The seat was awkward, IFE was poor and the service, at least on the flight, was inconsistent. My colleague Marshall Jackson wrote a flight review about Delta One to Paris. We deride US carriers frequently for their international premium service, but I know which one I’d rather fly.

*If you sit upstairs, do not choose the table facing the stairs to the outdoor garden. Passengers didn’t realize that the door locked automatically, trapping many of them outside. You’ll find yourself constantly getting up to let in embarrassed travelers.

Every seat had aisle access
Able to use Delta SkyMiles to buy the ticket
The Clubhouses were great, even though the London one was busy. The Boston one was outstanding.

Seats were old and narrow. Tray table and IFE units are placed awkwardly.
IFE needs a total remodel. TVs were awful and broke down frequently.

At one time, the Virgin Atlantic Upper Class product was revolutionary, combining the best aspects of both business and first class. They need to step it up on the A340s.