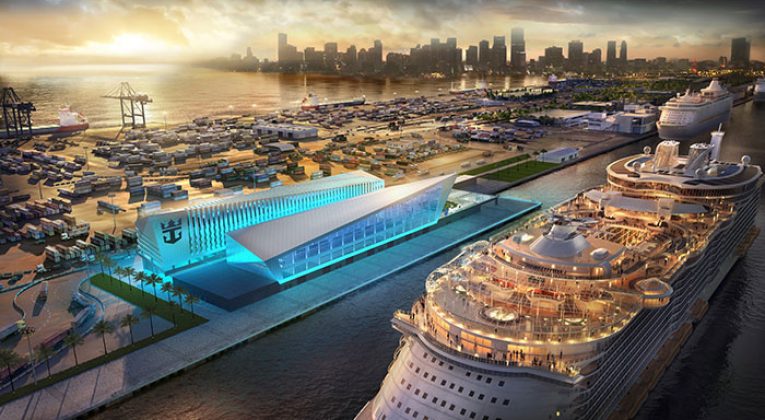 The new terminal will be capable handling the line’s largest Oasis-class ships, the largest cruise ships in the world. According to Royal Caribbean, architectural firm Broadway Malyan has been selected to design the new terminal. This follows a global competition between five of the world’s leading architectural firms. The firm was selected because of their creative thinking and cutting-edge design.

The new terminal will not be the only addition for Royal Caribbean at PortMiami. The company has committed to add a 20,000-square-foot “Innovation Lab” at its headquarters facilities located on PortMiami. The Innovation Lab will continue to generate Royal Caribbean’s industry-leading, innovative vessels. The company is expecting to spend about $20 million for design and construction of the new facility.