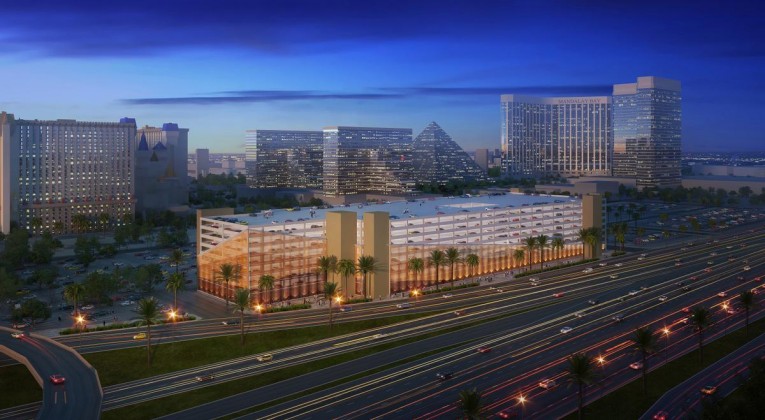 In a press release yesterday, MGM Resorts International announced a number of “enhancements” to the Las Vegas Parking Experience. This is part of an overall strategy and investment plan based on the growth of visitors to Las Vegas. The cornerstone of this plan is the construction of a $54-million, 3,000 space parking structure designed to serve the cities newest venues that include T-Mobile Arena, The Park and the Theater at Monte Carlo Hotel & Casino. Completion of this facility is expected by the second quarter of 2017.

There will also be an additional $36-million investment to enhance facilities at the MGM Las Vegas Resorts, which include the following improvements :

By far, the biggest news is the implementation of parking fees at the MGM Las Vegas Resorts. Unlike many major cities in the United States, Las Vegas resorts on The Strip have prided themselves in providing “unlimited” free self and valet parking. According to MGM Resorts :

Parking fees will be moderate when compared to similar fees in other markets.  An overnight guest utilizing a self-park facility will pay $10 or less. Las Vegas locals will be given a grace period for free parking after the program starts and can maintain their free-parking status by enrolling and earning privileges through M life, the Company’s customer loyalty program. Non-resident guests can also earn free-parking status through the M life program.

But, Las Vegas is not “other markets.” Las Vegas is a very unique hotel market in a number of ways, with regard to the Las Vegas Strip. While the reasoning seems logical with regard to the new T-Mobile Arena and other venues, there have been other venues located on the Las Vegas Strip, such as the the MGM Grand Garden Arena (capacity 16,800), in existence for years along with “free” parking. In addition, overnight guests at MGM Resorts are already charged a resort fee when staying as an overnight guest. Overnight guests will now have both a resort fee and parking fee.

Parking has not been unknown at casino resorts, and has been a common element of Atlantic City. This was especially due to the high number of “day-trip” visitors to Atlantic City. I tend to focus on Atlantic City for comparisons since it is the oldest legalized gaming jurisdiction in the United States after Las Vegas. Atlantic City has traditionally had varying fees for parking depending on the day of the week or events. Some casinos even marketed the fact that they did not charge for parking.

Will this be the next marketing “feud” between the two biggest players on the Las Vegas Strip?

When MGM Resorts initially introduced resort fees, Caesars Entertainment initiated an aggressive “No Resort Fees” campaign. (which is now ancient history) So far, The Cosmopolitan of Las Vegas has announced they have no intention of charging for parking. Other casinos such as Wynn Las Vegas mentioned they are monitoring the situation, while others have declined to comment.

It is notable to mention that the charging for parking rumor was first reported by VegasTripping back in October of 2015. These new parking rules are due to be implemented by MGM Resorts in the second quarter of 2016.

With the continuing trend of fees in Las Vegas, the best way to insulate yourself is to achieve some level of (elite) status with the major casino resorts. For example, Caesars Total Rewards Diamond Members are exempt from resort fees on hotel stays. MGM Resorts has already mentioned that “free-parking status” will be attainable via the Mlife loyalty program. Best guess, is that higher status Mlife customers will get a waiver (or reduced fees) on parking. This is similar to how Caesars Entertainment handles parking in Atlantic City where Seven Stars, Diamond and Platinum members receive free or reduced parking but non-members and base Total Rewards patrons pay for parking. In addition, just having Hyatt Hotel Status can translate into an equivalent status with Mlife. You can obtain casino status with no casino play (gaming) via credit card sign-ups such as the Total Rewards Visa Card or Hyatt Chase Credit Cards (matching Hyatt Status to Mlife status). Also, never overlook current and future possibilities of matching your current hotel status to a program that offers an equivalent casino match.

Will this have an impact on guests at MGM properties?

It is hard to tell. New fees have become the norm in Las Vegas over the past few years. Some markets such as those who drive to Las Vegas from California will immediately feel the impact, perhaps more so than visitors who fly to Vegas and do not rent cars. If anything, the differentiation of those with and without casino status becomes more pronounced. Luckily, there are many ways for the educated visitor to minimize or eliminate parking and other fees in Las Vegas.

Michael travels extensively on OneWorld and is an American expat residing in the London. Passionate about casino loyalty programs and gaming he shares many of these insights on the website www.TravelZork.com. Michael also loves enjoying foodie experiences around the globe.