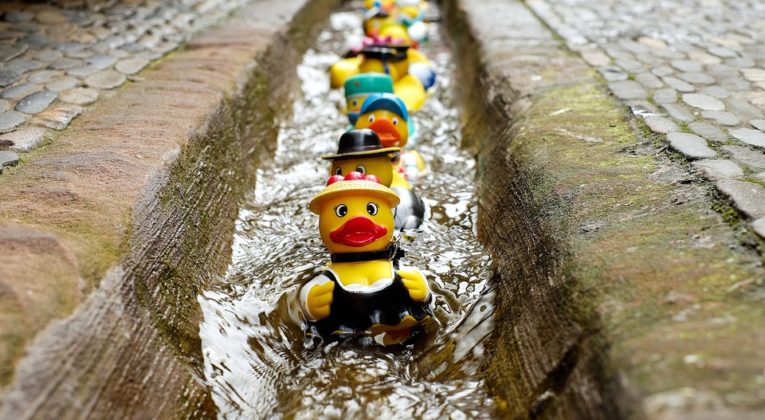 IS A TRAVEL TOUR RIGHT FOR YOU?

If you ask a group of people if it is worth doing a travel tour, you’ll get a lot of different answers. I generally find that most people fall into one of two camps:

I WAS A TRAVEL TOUR SKEPTIC

I’ll admit it up-front: I generally fall into the independent traveler camp.

As an independent traveler, the idea of doing a travel tour always seemed counter-intuitive to me. Why would I give up control over the research when planning is a joy in and of itself? The idea of doing a travel tour never really crossed my mind in my early travel days; partly due to budget and also because I didn’t see the necessity. To me, it just seemed like throwing money down the drain. Why pay for something that I could just figure out on my own?

My early impression of tour groups themself wasn’t favorable, either. Some of the groups I’ve seen were obnoxiously loud. And it didn’t help when an attraction got crowded quickly with sudden influx of tour groups.

My biggest aversion to tours was a genuine concern that the people on them were missing out. When I travel, I often ask locals for directions when I get lost. I eat at local restaurants and check out local grocery stores. I try to immerse myself into the local culture and experience so I can get a better “feel” of the place I am visiting. Those interactions often add a valuable dimension to the place I am visiting. Tours, on the other hand, always seemed to be isolated within their groups.

Let me take a step back and explain what happened. When my family and I decided to visit Australia for a very special occasion a few years ago, my planning went into high gear. Sydney is an inspiring destination and, with over 20 hours of flight time each way, it’s an epic trip coming from the East Coast . I saw it as a once-in-a-lifetime destination, and I wanted to make the best out of our time there.

Initially, I figured we could sight see on our own. But it soon became obvious that some of the places we wanted to visit aren’t very accessible without a car.  One of the places we want to visit was the Blue Mountains, which is a good 1.5-hour drive away from Sydney’s CBD. I didn’t want to deal with renting a car, so taking a tour suddenly seemed like a good solution.

EMBARKING ON THE FIRST TOUR

I felt a little uneasy the day of the tour. I think it was mostly because I didn’t know what to expect. We dutifully waited at the hotel lobby for pickup at the requested time, but the tour guide/driver wasn’t there!  I kept glancing at the time. A couple of us even went outside to be on the lookout. I finally ended up calling the company to make sure we didn’t somehow misconnect. Luckily, it turned out the guide was just running a little late.

Once the driver picked us up, we made a few stops to pick up the others and we were on our way.

There were around 10 of us in total.  The soft-spoken guide talked into a microphone, and gave us little nuggets of information about Australia along the way. Our guide was particularly knowledgeable on plants and trees native to Australia, and he would point them out to us when we’d come across them.

We got to pet koala bears and fed baby kangaroos during the tour. Mid-day we had lunch at a golf facility to replenish our energy. We even made a stop at the Sydney Olympic Park. I think the stop was supposed to be a “drive by”. But the guide was flexible and he gladly made a stop since the group expressed enough interest.

By the end of the day, I thought that the tour was a smashing success. It was nice not to worry about minutia details like how to get around or where to buy admission tickets for a change. The tour was well planned and well paced. It felt calming in spite of the crowds at some of the attractions. And, as it is, our time in Australia was nothing short of amazing. The tour turned out to be one of the highlights.

CAUTION: NOT ALL TRAVEL TOURS ARE CREATED EQUAL!

Because I had such a positive experience with the first tour, I have since taken a few more. I quickly learned that not all tours are created equal.

We had a short stay in Singapore as a stopover and I wanted to do a highlights tour to cover as much ground as possible. The tour was a great deal, except:

After the shopping stop, the tour guide seemed to be in a rush all day. He warned the group right from the start that he would not wait for late people. He explained that there is a lot planned for the day and he needed to get people back in time for the Singapore Flyer option.

The tour’s agenda was probably too ambitious for its own good. It was so rushed that I even hesitated when a stranger asks if I could take a picture for him at the Botanical Garden. I obliged but quickly ran to catch up to the rest of my group. The irony was palpable because the botanical garden is a place where you’d think you could relax and smell the roses…

It was at this stop that two people didn’t come back before the designated return time. Someone mentioned that he saw the them at the checkout lane at the gift shop. The guide looked visibly frustrated, waited another half-minute, and did another headcount to make sure no one else was missing. He muttered inaudibly about lateness, and decided to move on without them.

It was pretty incredulous to me.

To his credit, the guide did make it abundantly clear that he would not wait for people not back by the designated time. It’s not fair to the busload of people who made it back in time.

On the other hand, I wouldn’t be so pleased if I was left behind.

I won’t deny that the tour itself was a tremendous value for the money. We visited a lot of places that we couldn’t have otherwise. But it was far too rushed. I am of the personal belief that our fast-paced culture can often rush us through life. I don’t want to feel rushed from point A to B during a vacation too.

That was when I felt the pangs of the independent traveler in me kicking in; I thought about how I would have planned the stops differently and skipped some altogether.

HOW I DECIDE IF TAKING A TOUR MAKES SENSE

Having taken a number of tours across many countries, I feel I have a good rule of thumb on when it makes sense to book a tour:

When none of the above applies, I probably don’t need to waste my time or money with a tour.

WHAT I THINK OF TOURS NOW

With a number of tours under my belt, I can see and appreciate the value that a tour provides. It doesn’t mean that I still don’t think travel tour groups are missing out on the local experience, but it is a good alternative for those who don’t want to worry about the nitty-gritty details.

I’ve been fortunate enough to experience and enjoy best of both worlds. I guess if I learned anything out of it, it’s that I wouldn’t want anyone to dismiss one as better than the other. I have found great adventures in being an independent traveler. But I’ve also found great value with travel tours. Just be sure to choose the right tour for your needs.

At the end of the day, I find that it’s not really as important whether you’re doing a trip on your own or if you choose to take a tour. No matter your traveling style or preference, all that matters is that you’re out there, seeing the world and creating precious memories with your loved ones.

This is Part 1 of 3 in the Everything You Need to Know About Travel Tours series. In Part 2 of this series, I will go over what to look for in a travel tour.