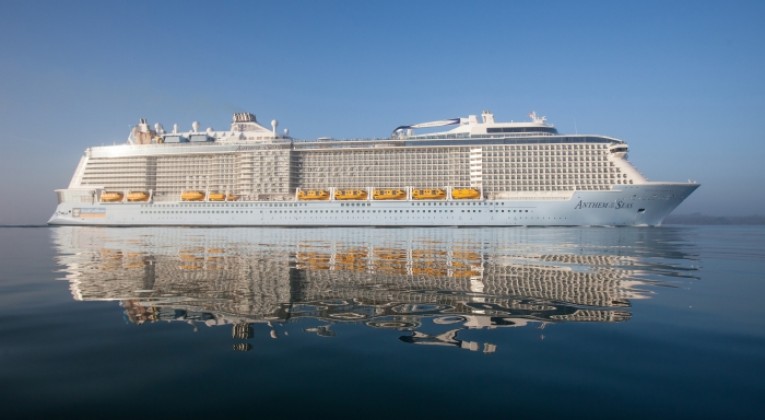 Anthem of the Seas will return to Cape Liberty, NJ this evening, and we are grateful for the safe return of our guests and crew.

We apologize for exposing our guests and crew to the weather they faced, and for what they went through.

Our ship and our crew performed very well to keep everyone safe during severe weather. Of more than 6000 people on board, only four minor injuries were reported.

Despite that fact, the event, exceptional as it was, identified gaps in our planning system that we are addressing. Though that system has performed well through many instances of severe weather around the world, what happened this week showed that we need to do better.

The severity of Sunday’s storm, with its 120-mph winds, far exceeded forecasts. Even so, it is our responsibility to eliminate every surprise we possibly can.

As of today, we are strengthening our storm avoidance policy, and have added resources at our Miami headquarters to provide additional guidance to our ships’ captains.

As for Anthem of the Seas, much of the superficial damage caused by the storm has been repaired. We expect to resume her planned itinerary for next week’s cruise.

Again, we offer our apologies to our guests and crew.

Media can stay up to date by following @RCLcorp on Twitter.

What Does This Event Say About Cruising?

Frankly, not that much. This is not the first bad storm a ship has experienced. While much has been made about various meteorologists questing the decision to sail, they all cite forecasts for conditions that were less than what the ship and its passengers actually endured. Remember, “hurricane force” winds start at 74 mph, not the 120 mph and up that the ship experienced. That said, the cruise line indicates that it is putting processes in place to prevent a reoccurrence. Weather is year-round, not just hurricane season, and these processes likely should have been in place already. Cruise line or airline, companies tend to learn from bad experiences, and hopefully that is happening with this event.

Will Anthem of the Seas Sail on Saturday?

Royal Caribbean says yes. The line’s website has a banner posted at the top indicating that the next voyage will depart as planned.

News reports have surfaced late Thursday that the U.S. Coast Guard is indicating that some damage may have happened to one of Anthem of the Seas’ propulsion systems. Reports indicate that the ship will not be allowed to sail until that issue is repaired.

It is entirely likely that the issue will be fixed or at least mitigated, and the ship will sail, but cruisers booked on Anthem of the Seas for Saturday’s departure should keep an eye on the news and Royal Caribbean’s website for updates or contact your travel professional.