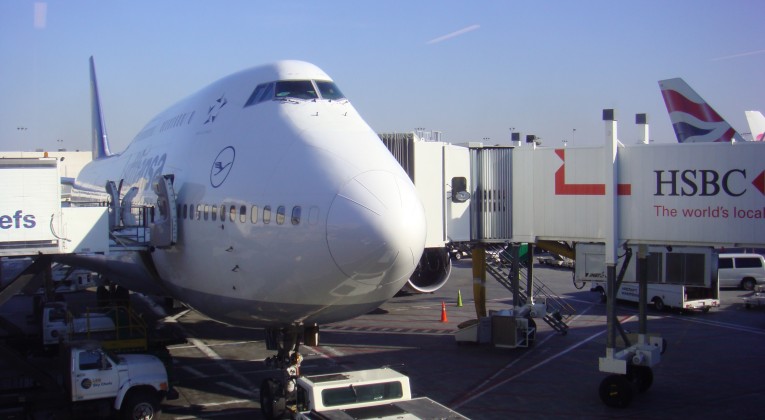 My husband and I were traveling from New York to Munich on Lufthansa using a ticket we had booked with our United Airlines miles. The flight was cancelled due a strike and Lufthansa refused to help us, sending us back to United. Should Lufthansa have helped us?

Sue’s problem is one that I have encountered many times over and is perhaps the most frustrating legal gray area of traveling on frequent flyer mileage tickets. The answer is that Lufthansa should have helped her rather than pushing her back to United, but finding a favorable resolution in an instance like this often requires persistence, shrewdness and occasionally a raised voice.

Airlines employees of all stripes seem to have trouble understanding what award tickets are, often calling them “free tickets” and classifying them as something less than a “real” ticket. The fact is, an award ticket is just as valid as as any ticket paid for by cash, with the only difference being the currency used to pay for it. Loyalty programs are tremendously profitable revenue sources to airlines and whether the airline opted to exchange a seat for a certain dollar amount or a certain mileage amount is immaterial to the fact that your ticket obligates the airline to transport you from point A to point B.

The difficultly comes when airline partners are involved. Here, Sue used her United miles to book a flight on Lufthansa. Although Lufthansa and United are both members of the Star Alliance, sell tickets on each other’s flights, and have even formed a profit-sharing transatlantic joint-venture, the two carriers are still distinct. Airlines often exploit this fact to skirt responsibility, treating customers like a shuttlecock in a game of badminton. There are generally no published rules to deal with this situation and though the path of least resistance may just be to retreat back to the ticketing carrier, that will not always lead to a favorable outcome.

Isn’t there something unsettling about sending Sue back to United when she was booked on a Lufthansa flight and the cancellation was due exclusively to the fault of Lufthansa? Whenever I have run into this situation, I have found that doing two things helps tremendously.

First, say these magic words: “Sorry, but you are the operating carrier and are responsible for the cancellation. Upon check-in, you assumed control of the ticket and will now help me find an alternate solution.” Agents are not always used to being told what to do, but I find this statement works wonders in establishing a clear basis to seek their assistance.

Second, proactively propose a solution. You would think this is what airline agents would be good at, but in my experience agents often have trouble thinking outside the box. Self-induced problems like labor action and mechanical delays give agents latitude in booking you on other carriers, but there is little incentive to book you on a competitor unless you push for it. Use websites like Kayak or Google Flights to look at other options between your origin and destination that may be available and then propose them, one at a time if necessary. A customer who refuses to back down and offers viable solutions will find better outcomes.

The conventional wisdom is that you catch more flies with honey than with vinegar, but some airlines (and Sue, the fact this happened on Lufthansa is not surprising) need a little more prodding to do the right thing. When you find yourself in such a situation, there is no need to become instantly aggressive, but there is a time to be stern and even raise your voice if you are hitting a brick wall of apathy.

One time I had a similar circumstance on a business class award ticket and while the airline agent offered to rebook me on another airline, she insisted that it had to be in economy class. It was only after standing my ground and even raising my voice that she agreed to check with a supervisor and received the authorization to rebook me in business class on another carrier. Oh, I know it is sad that it came to that…but in the end I flew business class and would not have if I had remained mum and servile.

The bottom line is this—you must stand up for yourself because airlines will otherwise walk all over you. You must be proactive and you must refuse to be the pawn that is ricocheted back and forth between two apathetic sides in the particular circumstance of a partner award ticket. There is no law or even program rule that addresses this issue, so it is up to you to firmly insist that when a carrier tries to skirt responsibility for its own errors by sending you back to the ticketing carrier that you refuse to back down.