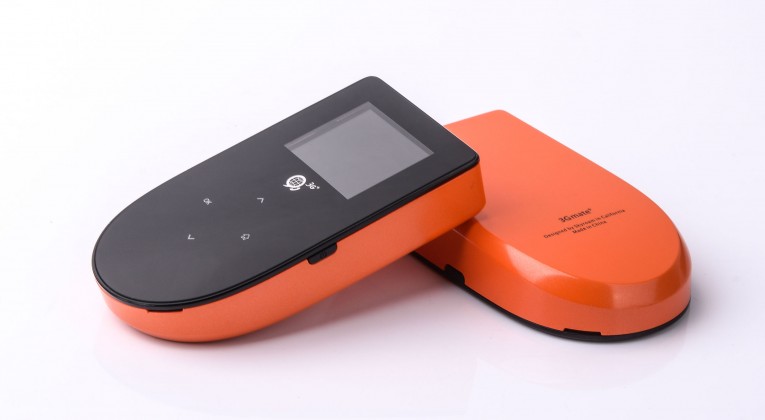 Whether you are a frequent international traveler, or somebody who leaves the country just once or twice per year, signing up for an international data plan can be an expensive proposition. As an AT&T customer, I’ve always called to add an international data plan to my iPhone, though as you can see from the image below, the prices are not very good for the few megabytes offered. Without much effort, I discovered that a two day trip could easily push past the limits of the silver package offered by AT&T, requiring me to stick to wi-fi (when possible) or pay the overage fee. If you have multiple international trips within a one month period and manage to burn through your data allotment on the first trip, you’ll be required to pay for more data on subsequent trips in that billing period. If that occurs, chances are likely you will not be happy when you get your phone bill at the end of the month!

AT&T does offer unlimited wi-fi access at “participating hotspots”, though only if you purchase the silver ($60) or gold ($120) package. If you are relying on the international wi-fi access, be aware that it only works in 18 countries. A complete list is available on the AT&T Passport website.

For those who have cellular service with Sprint, T-Mobile, Verizon or other carriers, there are a variety of options for using data and voice services internationally. This article on whistleOut has a great break-down of the options available.

Costs & How it Works

Before my latest trip, which included some time experiencing the Etihad Apartments 🙂 , a good friend of mine who works for a major US airline mentioned the SkyRoam to me. He learned of the device a few months prior and after frequent use in Europe and Asia, was happy to recommend it to me for my trip. With this in mind, I went ahead and purchased the SkyRoam for $99. The unit came pre-loaded with five day passes, allowing a good opportunity to test the unit without having spent too much money if it didn’t live up to my expectations.

SkyRoam is different than a traditional wi-fi hotspot, as the service is built around the pay-as-you-go concept. Each day pass works for 24 hours and includes unlimited data usage. The first 350MB of data will be at 3G speeds, while anything above 350 will run at 2G.

There are two ways to stock up on day passes. The first is by sharing your referral code with friends, family or anybody else who might be looking to purchase the unit. You’ll receive three day passes for each person who signs up. Secondly, you can always purchase additional passes on the SkyRoam website. A single day pass costs $10, while a package of five will set you back $40.

Though the thought of being downgraded to 2G service is unfortunate, I found in my experience with the SkyRoam that I didn’t come close to going over 350MB. I kept the device on for several hours at a time (battery life is pretty good!) and it worked well when it came to uploading photos to Facebook and Instagram, viewing directions with Google Maps, requesting Uber rides, checking my email and much more.

SkyRoam claims the device is capable of a maximum download speed of 35 Mbps and 25 Mbps upload. Though I forgot to take a screenshot of the speed test I ran in Doha, I noticed that my average download speed was in the 6-12 Mbps range. Upload speeds were between 2-5 Mbps. Speeds were about what I’d expect from a 3G connection in the United States and I did not run into any performance issues.

Compared to the international roaming agreements offered by AT&T, SkyRoam lacks coverage in many areas, some more surprising than others. I learned this the hard way when I booted up my SkyRoam after landing in Amman and I was greeted with a message that service was not available. I should have checked the website to see if coverage was going to be available, prior to my trip, though I neglected to do so. I had figured that most, if not all of the Middle East would be covered..

Coverage does continue to expand, as per this email I received a few days ago. For most travelers, their current service area should be adequate, though it is important to check this before beginning your trip! I have included the full list of coverage below this image.

Despite not currently supporting LTE service and having some large coverage gaps, my experience with the SkyRoam was a positive one. Internet speeds and battery life were as I would have expected for a mobile hotspot and the time (and money) I saved by not calling AT&T to add an international data plan was worth the one-time cost of $99 for the device. Though using SkyRoam meant having to carry an additional device when wandering around Doha and Madrid, not having to worry if I had gone over my AT&T allotment was refreshing. I can’t tell you how many times I’ve missed emails or other important messages because I would turn off the data connection except for when I was actively using the connection.

As mentioned earlier, SkyRoam is not for everybody. T-Mobile customers do receive unlimited international data as part of their plans, though speeds are capped at levels way below what is offered by SkyRoam. If you are a Verizon customer, their Travel Pass program offers $2/day data access in Canada and Mexico, while the cost is $10/day in an additional 65 countries. For those who aren’t a customer of either company, I’d say that SkyRoam may be one of the best options out there for unlimited international data access. $10/day of data access is a drop in the bucket, compared to an overpriced data plan from AT&T or other companies.