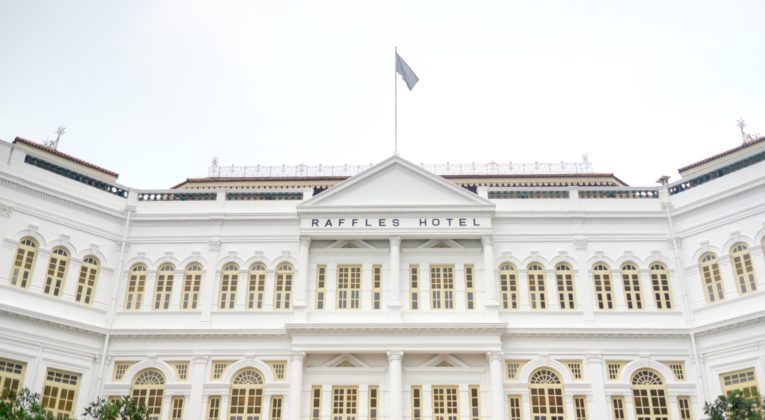 As a frequent traveller it pays of to delve in the world loyalty programs. Hilton and Marriott are two of the big hotel groups. Where the latter offers a variety of brands. The same goes for the French Accor and British IHG. Both groups offer hotels with simple rooms and facilities, but also more luxury offerings such as state-of-the-art suites. Although both Accor and IHG have a respectable global marketshare, there would be plans to join forces. But what would this mean for frequent travellers?

French hotel group Accor has incorporated several hotel brands in the past years. For instance by adding Rixos and 21c Hotels. This year, Accor also opened many new hotels, such as the new luxury Fairmont Hotel in Ireland. Accor now has 5.100 properties worldwide.

Some time ago Accor updated its loyalty program and rebranded it to ALL (Accor Live Limitless). The program introduced a new elite status: ‘Diamond’. Also, more emphasis is now placed on offering ‘experiences’. The 2.000 points for € 40 discount (or equivalent) value has remained unchanged.

British IHG is not only present in the UK, but also in the US. IHG is well-known for its InterContinental properties, but Kimpton, Crowne Plaza and Holiday Inn (Express) are also popular hotel brands. Where the latter is very much similar to Accor’s Ibis (Styles), as both hotels offer free breakfast (in most cases). IHG owns 5.900 hotels and is thus a little bit bigger than Accor. IHG offers its loyalty program IHG Rewards Club for all associated hotels.

Are they going to join forces?

Are Accor and IHG going to form the biggest hotel group in the world? French newspaper Le Figaro reported that Accor is considering to either work with or take over IHG. The French company is said to have set up a special team that is studying IHG. However, IHG is not officially involved (yet). Interestingly, Accor recently announced to take over several IHG hotels in the UK. If that would be successful, all TravelLodge hotels of IHG would be transferred to Accor as Ibis Hotels.

If both hotel groups would merge than that would imply that the new company becomes the biggest hotel group in the world. This could be very interesting for frequent travellers. Think about the offer that you could choose form in Europe, Asia-Pacific and the US? Any elite status would then also be valid at all these hotels. Earning points then becomes easier as well. Accor currently has a relatively small market share in the US and it therefore less interesting in that part of the world. The same goes for IHG in Europe.

How fast things will go remains unclear as no official statements have been released. Timing is also interesting due to the COVID-19 pandemic. Time will tell if either Accor of IHG makes a move.

This article first appeared on InsideFlyer.nl.