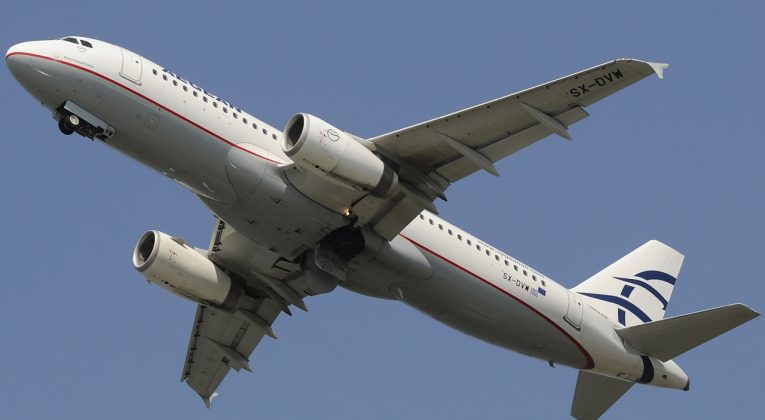 If you’ve ever wanted an exclusive “backstage” look at the inner workings of some of the largest international airports, airlines, and airplane factories, this is your chance! Tickets for Star MegaDO 7 have officially gone on sale as of 1pm Eastern/10am Pacific today, and like past MegaDOs, this one is shaping up to be a fantastic opportunity.  (UPDATE: Tickets have already sold out, but if you still want to go there is an official waitlist available here on InsideFlyer. When seats open up, people will be contacted in the order they posted on the waitlist, so get your name on the waitlist ASAP!)

Starting in Zurich, Switzerland on Tuesday, September 13th and ending in Athens, Greece three days later, Star MegaDO 7 will take travel fanatics on a whirlwind tour of aviation facilities not normally open to the public. And in addition to once-in-a-lifetime experiences and exclusive bonus perks, participants will have a chance to win 100,000 Aegean Miles+Bonus miles and Aegean Miles+Points Gold status (equivalent to Star Alliance Gold status) for 5 full years!

Held only once a year, MegaDOs have always treated members to first-in-the-world travel experiences. Past groups were the first to ever go inside a Boeing 787 and the first to charter the first North American Boeing 787. MegaDOs have also spent time mingling with aviation and hotel CEO’s such as Doug Parker of American, Jeff Smisek of United, Wolfgang Mayrhuber of Lufthansa, among many others.

Of course, MegaDOs have always featured special insider tours as well, with past trips including visits to the Airbus A380 assembly line in France, tours of Munich and Frankfurt airports, and even the chance to handle baggage loading on live aircraft! In all, the previous 6 MegaDOs have ferried over 1,500 people more than 19,000 miles, and in the process raised $300,000 for worthwhile charities.

Next, the MegaDO schedule.

Day #1 offers a complete behind-the-scenes look at the operations of the Lufthansa Group at ZRH, including a tour of the new Swiss Bombardier C Series aircraft, Swiss’ 777-300ER, and Singapore Air’s A380. There will also be a tour of the new Swiss Senator and Business Lounges in Concourse E, which feature open-air observation decks of Runway 28. In the evening the interaction continues with both the Lufthansa Group and Star Alliance (including the CEO!) joining participants at dinner at the Sheraton Zurich.

The next day, the group travels on its chartered A320 Aegean flight to XFW. Don’t recognize that airport code? That’s undoubtedly because XFW is the IATA code for Hamburg Finkenwerder Airport, the private airport owned and operated exclusively by Airbus in Germany. Upon arrival, participants will enjoy a tour of the Airbus Hamburg plant, where the A320neo is built and interior fittings are installed for both the A380 and A350.

The afternoon charter flight from Hamburg lands a few hours later on Mykonos Island in Greece, where Starwood Preferred Guest will be throwing a party on the beach at sunset at the Santa Marina, a Luxury Collection Resort. The night ends with a short flight to Athens for a night in the Arion Astir Palace hotel, another beautiful SPG property.

The final day of Star MegaDO 7 launches with breakfast with the management team of Aegean Airlines, the largest airline in Greece, and continues with a day-long backstage tour of ATH airport. At the end of the official program, optional tours will be offered in Athens along with the chance to extend your stay at the Athens hotel through the weekend.

And of course, the MegaDO perks!

Of course, no MegaDO would be complete without a few extra benefits for members of the group! Thanks to Aegean Airlines, the primary sponsor of Star MegaDO 7, every ticketed participant will receive Aegean Miles+Bonus Gold Status, which includes Star Alliance Gold benefits for one year.

But the trip doesn’t end even once the final charter has touched down. Aegean is launching the Explore Aegean campaign, a contest exclusively for Star MegaDO 7 participants. The group member who takes the most Aegean flights between June 1, 2016 and August 31, 2016 will be awarded 100,000 Aegean Miles+Bonus miles. In addition, for those who might not be able to devote themselves geographically to Aegean flights, during the same 3 months Aegean will sponsor a points contest also exclusively for MegaDO members.

Here’s a chart of how you can earn points…

Thanks to MegaDO’s other sponsors, which include Star Alliance, Lufthansa, Swiss, Singapore Airlines, Starwood Preferred Guest, and loungereview.com, there will be other perks for group members and promotions both before and after the event. If the past is any indication, tickets for this event will go quickly. So if you’re an airline junkie who’s always wanted to take a trip into the inner sanctum, head over to megado.com and join up today!