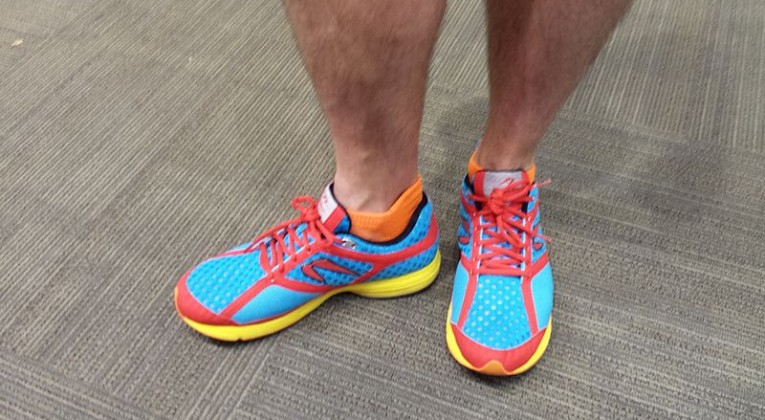 Some of you may be faced with long layovers in the upcoming holiday season. I often use the down time to get a nice workout in — by running a few laps in the terminal.

Now don’t get me wrong, this doesn’t work in many airports, but there are a large number of mega-hubs, particularly those abroad, that are ideal for getting a few miles in before your next flight.

So what do you need to know? Here’s a rundown:

First off, don’t be stupid. Airports are twitchy, security-conscious spaces. Running will definitely be out of place (unless you look like you’re late for a flight) and you DON’T want to be tackled by security and interrogated by counter-terrorism agents in a dark room with a one way mirror, so make it extremely obvious what you’re doing — wear lightweight, ideally brightly colored, running gear and shoes.

This ensures two things for your safety and the safety of others. First, both passengers and security personnel see you from a mile away and are far less likely to run into you or get in your path. Second, lightweight gear makes it clear that you aren’t concealing any dangerous articles and that you’re simply going for a run. It’s definitely not illegal, but you want to reduce any reasons for someone to stop you, intentional or otherwise.

I’d also be less likely to go for a run in security-conscious countries like the UK, US (though ORD and DEN would work very well for this), Canada or perhaps China, but many other parts of the world are fair game.

Hub airports are typically pulsed, meaning that a huge bank of flights arrive at roughly the same time, everyone connects within an hour or two, and a bunch of flights leave around the same time.

This is great for schedules and convenience. It is not great for runners.

Ideally time your run between pulses, so you aren’t ducking, dodging or tripping over luggage or people. Once the bank of flights leave, airports really die down and the terminals empty, making it possible to run with little interference.

3. Use Areas That Pedestrians Don’t

Try to pick a level that isn’t used as heavily by passengers. Many airports have arrival levels that are sparsely populated or support corridors that run the length of the terminal. Some of the best places to run are connecting corridors and tunnels between terminals because they usually are long, have moving walkways that most people use and minimal traffic in between them.

4. Make Sure You have Access to a Shower Afterwards

After you complete your run, be nice to your future seat mate and find a shower. Many airport lounges have them and more and more airports provide shower facilities for free or a for a fee. You’ll feel refreshed and better able to combat jet lag.

Air travel is immensely dehydrating. So is running. Be sure to drink a ton of water before, during and after your run. Your body will thank you!

If your layover is long enough, consider leaving your bag in a luggage check or with a friend and run outside the airport terminal. This article has a lot of great routes mapped out as well as tips on which airports are best suited for this type of activity.

Hopefully, this little guide will help you endure an unnaturally long layover and get a nice workout in while you travel. While it sounds crazy at first, running in terminals is actually quite fun, healthy and legal as well as a better use of time than waiting in line at that Cinnabon 🙂

Time to work off that turkey!