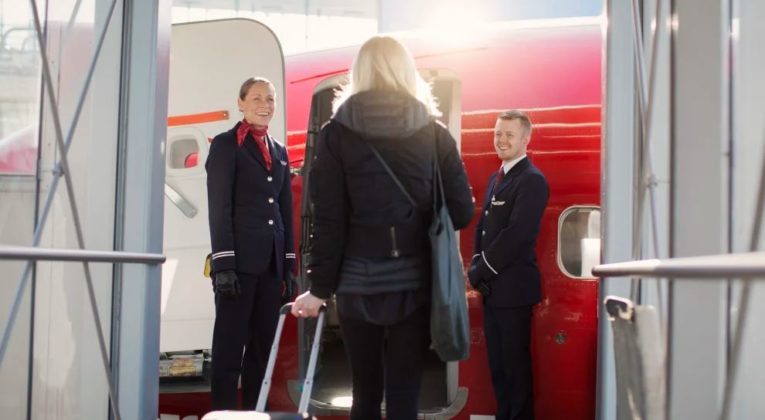 Norwegian Air has been named Europe’s Leading Low-Cost Airline 2020 for the sixth consecutive year at the 27th annual World Travel Awards, one of the travel industry’s most prestigious awards.

The World Travel Awards were established in 1993 to acknowledge, reward and celebrate excellence across all key sectors of the travel industry and they are recognized globally as the ultimate hallmark of industry excellence.

Norwegian has faced unprecedented challenges in 2020 due to the sudden global impact of COVID-19 across the travel industry. Throughout this prolonged crisis we have kept our customers at the heart of our business by continuing to operate key domestic and European routes while delivering our award-winning service. Winning ‘Europe’s Leading Low-Cost Airline’ for a 6th consecutive year is yet a further demonstration of the resilience and dedication of colleagues from across Norwegian who have all shown themselves to be true Red Nose Warriors.

Even though 2020 is the COVID-19 year the award continues. The first two month of the year was still normal and this was where Norwegian still had a longhaul business going and several european routes.

Despite the unprecedented challenges faced by the aviation industry this year, Norwegian has demonstrated unrivalled resilience, allowing it to continue delivering excellent customer service. Well done to Norwegian for winning ‘Europe’s Leading Low-Cost Airline’ for the sixth year in succession.

Throughout 2020 Norwegian remained committed to being a leader in sustainable aviation with the launch of a new environmental sustainability strategy that will begin immediately and deliver several industry-leading targets such as cutting CO2 emissions by 45 percent by 2030, removing all non-recyclable plastics and recycling all single-use plastics by 2023. This strategy builds on previous achievements which include becoming the first airline to sign the United Nations Framework Convention on Climate Change (UNFCCC) pledge, committing to become carbon neutral by 2050. Additionally, Norwegian was also voted the world’s most fuel-efficient airline on transatlantic routes in 2015 and 2018 by the International Council on Clean Transportation (ICCT) and since 2010 the airline has reduced its emissions by 28 percent.

Norwegian operates a modern fuel-efficient fleet offering customers value and choice throughout their journey. Our aircraft are equipped with free gate to gate WiFi technology allowing customers to remain connected for business or pleasure for the duration of their onboard experience.

World Travel Awards™ celebrates its 27th anniversary year in 2020. Its annual program is renowned as the most prestigious and comprehensive in the global industry. Each year World Travel Awards™ covers the globe with its Grand Tour – a series of regional gala ceremonies to recognize excellence within each continent, culminating in a Grand Final at the end of the year.