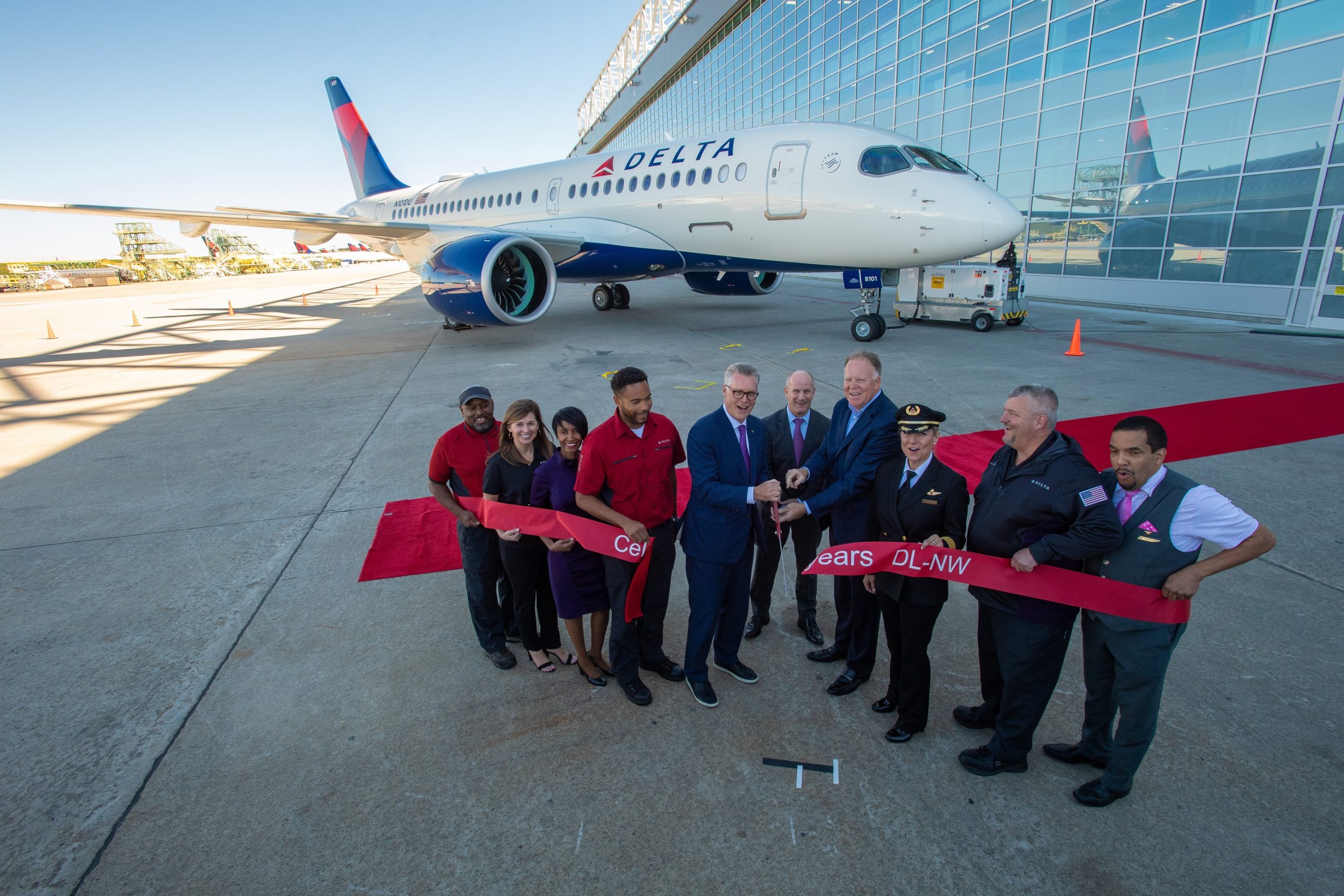 Delta Air Lines’ domestic network is operated by both Airbus and Boeing short and medium haul aircraft. The Boeing 737 and Airbus A321 make up most of the short haul fleet. But the Airbus A220 makes a grand entrance at Delta this year. Just like at AirBaltic. The newest type of this aircraft, the Delta A220-300 flies from Salt Lake City starting November.

The Airbus A220 debuted early 2020 and received some good reviews from both press and travelers, mainly due to its innovative and comfortable cabin interior. Which actually seems to be true.

According the Delta, the aircraft has a ‘State-of-the-art interior featuring seat-back screens, 2Ku Wi-Fi and personal power outlets’. The A220 is features 100+ seats in total. Including seating for 10+ in First Class, 15 in Delta Comfort+ and the remaining seats in Main Cabin (depending the type). Moreover, the A220 features the widest Main Cabin seats in Delta’s fleet, with a two-by-three layout.