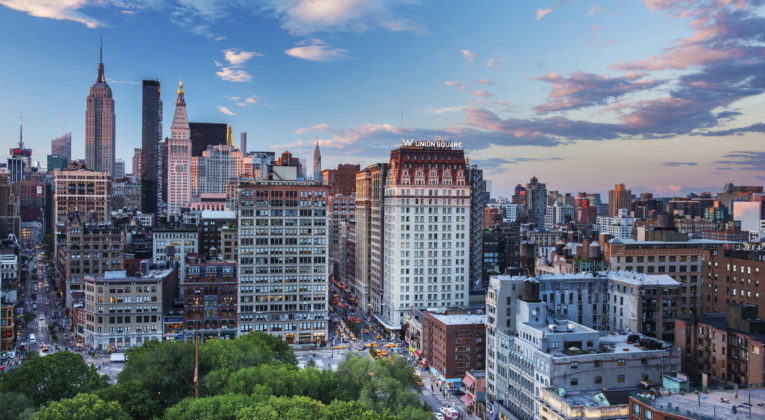 Both LaGuardia Airport and Kennedy Airport are located in Queens, New York, which is a borough of New York City. Kennedy Airport is largely for international flights as the runways are longer than 14,000 feet.

JetBlue has a decent presence at Kennedy Airport, though it’s all domestic and Caribbean flying. American Airlines has several flights as well. However, as mentioned, Delta Air Lines is the largest carrier with the most flight options. Just north of Kennedy Airport is LaGuardia Airport, which is a much smaller airport with just two runways spanning about 7,000 feet. This airport is largely for domestics flights since it’s too small to accommodate the larger aircraft. American Airlines and Delta Air Lines maintain hubs at LaGuardia.

Newark Liberty International Airport is located in Newark, New Jersey and is the main hub of United Airlines. The airport is for both domestic and international flights. I like Newark Airport the best because it’s close to New York City, especially lower Manhattan.

An Lyft ride will likely cost around $40 to midtown Manhattan, roughly the same cost for a ride from New York City to LaGuardia, but less than the $60 a ride to Kennedy Airport costs. Plus, there is a monorail that travels from Newark Airport to a train station, which passengers can then take a train to New York City’s Penn Station.

Kennedy Airport also has a monorail to the Jamaica, Queens train station – which offers multiple trains to Penn Station.

LaGuardia Airport has the worst travel options to New York City as there is no public transportation option other than a bus.

What’s your preferred airport when flying into NYC, and how to do you get into the city from that airport?