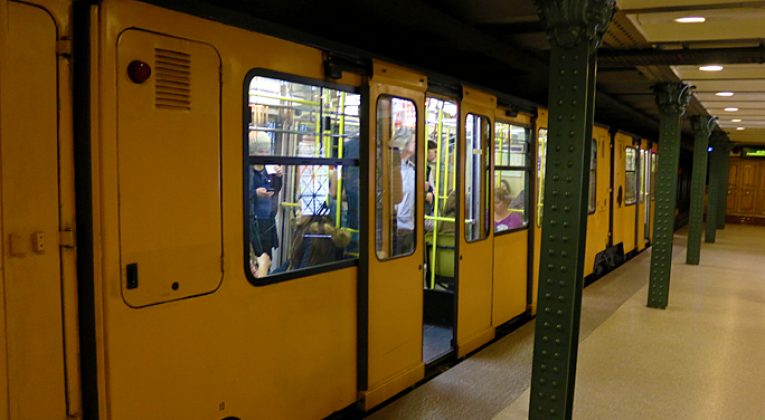 As the oldest line of the Budapest Metro subway system, Line 1 has been in continuous operation since it was first inaugurated on Saturday, May 2, 1896 — with only the underground railway system in London being in operation longer.

Although I am not exactly an aficionado of subway systems in general — I do have somewhat of an interest in them — I decided that I wanted to explore this historic subway line and experience it for myself. For a number of consecutive years, I used the subway system in New York to commute from where I lived in Brooklyn to Manhattan in order to get to a special high school which I attended; then to college; and to a place of employment after that — commuting at least an hour each way to each of those places.

The need for cost-effective and efficient transportation led to me experiencing rides on subway and rapid transit systems around the world — including but not limited to those which serve Kuala Lumpur, Chicago, London, Seoul, Boston, Paris, Buenos Aires, Tokyo, Madrid, San Francisco, Shanghai, and Washington in the District of Columbia.

The Historic Line 1 Subway in Budapest in Photographs

The seats were small and narrow; but they were not particularly comfortable despite having a slight cushion to them. The legroom was sparse at best — especially when someone is sitting across from the seat in which you are sitting, as most of the seats face each other — but you are assured that no one else will sit next to you…

…unless you score a middle seat at either end of the car, and you are then rewarded with unlimited leg room — as long as the car is not packed — but you must sit in between fellow passengers when the car becomes crowded. This is a rare occurrence in which the middle seat can actually be the most desirable seat.

Due to the unusual loading gauge as determined by the shallow tunnel through which it operates, the cars are narrow and are not equipped with many seats. The other three subway lines of the Budapest Metro system are of a different loading gauge than Line 1, which is also known as the Yellow Line, Földalatti, or the Millennium Underground.

This subway line reminded me of Line A in the subway system in Buenos Aires, on which I traveled on the old wooden cars. I understand that those historic cars were replaced by modern subway cars in 2013 — 100 years after the first day of public service for that subway line. I have photographs of my ride in one of those wooden cars; and when I find them, I intend to post them in a future article at The Gate.

If you have ever heard the term straphanger used for subway riders and wondered why, it is because passengers who are standing grab onto them and use them for support when there are no seats available.

Typically, the “straps” currently used in subway cars are no longer actually straps which were used decades ago; but rather constructed of a hard material such as metal. The cars operating on Line 1 in Budapest are an exception.

I decide to exit the train at Bajza Utca station to notice and admire the ornate architecture — including the tiled signage indicating the identification of the station. Similar to the subway stations in New York, glazed white tile decorates much of the walls of the station.

The train on which I was a passenger departed from the station.

At one end of the Bajza Utca subway station was a set of five wooden doors which seem to be for storage of some type; and it was complete with a mirror. It looked like a set of built-in wooden cabinets which one might find in someone’s home.

I wonder how old is this wooden ticket booth?

I felt like I was transported back in time at the Bajza Utca station — one of several historic stations along Line 1 — which was clean.

There are wooden benches on which to sit while awaiting the next train.

Here is a close view of the decoration atop one of the stanchions which help to support the ceiling of the Bajza Utca station.

A digital timer keeps track of how long you are expected to wait before the next train arrives at the station — in this case, one minute and thirty seconds. It seems a little strange to see modern technology integrated in a subway station which is historic.

The white sign in between the tracks lists all eleven stations on Line 1, with five red chevrons indicating the subway station at which you are currently located — in this case, the Bajza Utca station — as well as the direction in which the trains go.

While not immediately, before the gentleman using his mobile telephone on the platform on the other side of the station realized it, the next train arrived — along with passengers who were using their portable electronic devices.

A train on Line 1 approached the Bajza Utca station and and slowed down to stop at it. There were only three cars per train. It was time for me to board the train and depart while the doors were still open.

The cost for a single ticket is 350 Hungarian forints, which is approximately $1.25. The subway system in Budapest is inexpensive and rather efficient — definitely a recommended way to get around town. I also rode on Line 3 to and from the international airport which serves Budapest.

Additional information — including but not limited to schedules, fares and maps — are found at the official Internet web site of the Budapesti Közlekedési Központ, which is also known as the Centre for Budapest Transport.