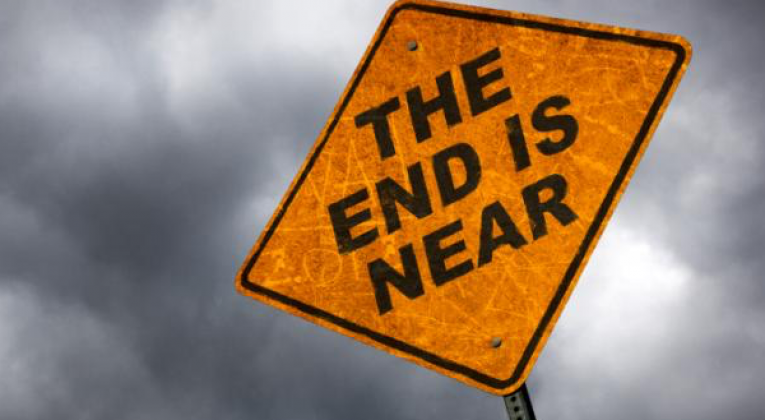 Business travelers all across America have reacted with shock and dismay to news that all airline frequent flyer programs will be terminated within the next two weeks.

A total of 8 airlines and their frequent flyer programs in the United States, as well as two programs in Canada, abruptly scuttled their programs in a frenzied one-hour period starting this morning in reaction to the backlash of Baskin Bearways Airlines raising the award price for inflight showers. You Is Airways touched off the wave of cancellations at 5 am with a terse statement that its frequent flyer program would bite the dust on April 31, 2016. Within minutes the other 7 airlines had announced they too were getting off the frequent flyer merry-go-around.

Concerned that the moves could send airline stocks plummeting and transit shock waves throughout the economy, governments around the world halted trading in all transportation stocks. The exception at press time appears to be the Trading Stock Exchange in Republic Of*. (*Note: National flag carrier, Republic Of Airlines does not have its own frequent flyer program.)

As a result of the cancellations, members of frequent flyer programs must book any outstanding award trips by midnight April 15, 2016. All award trips claimed must then be completed by April 31, 2016. This two-week period is expected to be the busiest travel days of the year and the BS[A] has recalled 145,000 government-trained employees to handle the PostCheck lines certain to be filled with former frequent flyers.

The 8 airlines, expecting a last-minute rush of award requests, will keep their websites open around the clock. Most of the carriers are even installing additional award redemption kiosks at the airport and automated recordings on their pay phone service centers, in an attempt to offset the anticipated onslaught of phone calls. When asked about social channels such as BaseBook and Slittler, airlines were wary of releasing too much information and they were still hesitant to trust this unproven channel of communication during such an important time in their futures.

“Like most other airlines with mounting frequent flyer liabilities and growing hoards of cash,” says Ricardo Sanderson, president of Deter Air Lines, “we have been looking for quite some time for a way to get off the hook. Everyone wanted out, but nobody wanted to be first. But once one carrier tested the water, we all tore off our clothes and plunged in”. Baskin Bearways Airlines CEO, Hadby Stilton echoed the same though noted that the polar bear plunge was a really cold plunge. He also noted that the recent outrage wasn’t really bloggers that caused the shower decision, it was the inability to resolve with their partner who would bear the cost of additional hot water heaters on board.

Hoss There-Moon Yoz, president of Untied Airlines, said his airline has devised a way to soften the blow for its members. Each member redeeming an award will be given 80,000 bonus miles, he says. “Those miles, like all others currently in members’ accounts must be used by the April 15 deadline.”

Ironically, a spokesman for You Is Airways now says that carrier cancelled its frequent flyer program in error. He explained the Airline’s Super Strategic Planning Objectives Committee, more commonly referred to as ASSPOC, held an off-site meeting early yesterday morning to look at the ramifications of a series of scenarios. A number of options were considered ranging from scrapping the program in its entirely to awarding quintuple mileage in all months containing the letter “R”. The committee recommended the latter choice, but notes from the earlier discussions were handed erroneously to the company’s public relations department and they in fact were confused because of the pending ground crew merger with Person AnAmerican Airlines of Burlingame, CA.

For airlines, there could not be a better time than late April for travelers to claim free trips. Most people have run their credit cards to the limit to pay for March Spring Break vacations, and are now forced to make a minimum payment on their credit cards before they can charge their summer vacation. Most planes over the next two weeks would be flying almost empty. By filling the seats with flyers traveling on free awards, the airlines can pay off their debts to members without cutting into revenue payloads.

There is, the possibility that not all members will be able to get space by the April 15 deadline. Barry Sellme, president of SOS Airways, says capacity controls should not be a problem. “Even if you can’t get on a flight,” he says, “keep in mind that the e-ticket emails are suitable for framing and can make lively conversation, especially with your grandpa who may have lost his miles when Pan Am discontinued their original program back in 1987.”

A spokesperson for BoardingArea, a frequent traveler reader community said, “The website has burnt out the search tool looking for answers from bloggers as distraught travelers who are afraid that since both the IRS and airline award redemption deadlines are on the same date, either the IRS or the awards will have to wait.” At least the IRS will give you an extension.

The stock of hotel companies has rocketed as it’s assumed that travelers will use the hotel guest programs as a substitute to earning free travel with the airlines. In fact, Dam Perks, vice president of Hil-A-Ton Hotel properties noted that new memberships were coming in at 500,000 a minute with no end in sight as travelers are aware that they can still earn free airline tickets by staying at a hotel. Stock trading for StarWouldNot Hotels has been halted because the share-price trading has paralyzed the system and because IAMBIGBANG renewed their pursuit after sucker punching MarryMeALot into thinking that they were not interested in acquiring StarWouldNot with the hopes of acquiring 14Points and shedding the rest of the hotel brands to UnTied Airlines who announced they were exciting their frequent flyer programs with hopes of building a new synergy around hotels and car rental companies—assets that they have identified as being over valued by most everyone.

Meanwhile, economists are divided on how the demise of frequent flyer programs will affect the Western economy given the current financial situation. The most pessimistic forecast comes from Harvard University economist John Kenneth Goldbrick. “Without bonus miles, no business person in his or her right mind is going to go through the hassles and frustrations of flying,” he says. “And without business travel there will be no business conducted. The world could be facing a depression equal to that of the 1930s… uh, today.”

However, president Arock Nomama foresees little long-term effect from the curtailment of business travel, “Entrepreneurs will simply find new ways of carrying out international commerce, possibly by way of using their new two-inch Blackberry phones.” He did however leave open the possibility that his government would consider a bailout of this situation with T-MARP (Troubled Mileage Asset Relief Plan).

There is some hope though as presidential candidate TheDon Trumpcard announced he was going to build a wall around the airports preventing frequent flyers from ever cashing in their miles, thus saving the potential economic blow to his stimulus plan for “Making Frequent Flyer Programs Great Again”.

For up-to-date information on the cancellation of frequent flyer programs, please contact the airline of your choice.
Someone will likely remind you that it is April Fools’ Day.