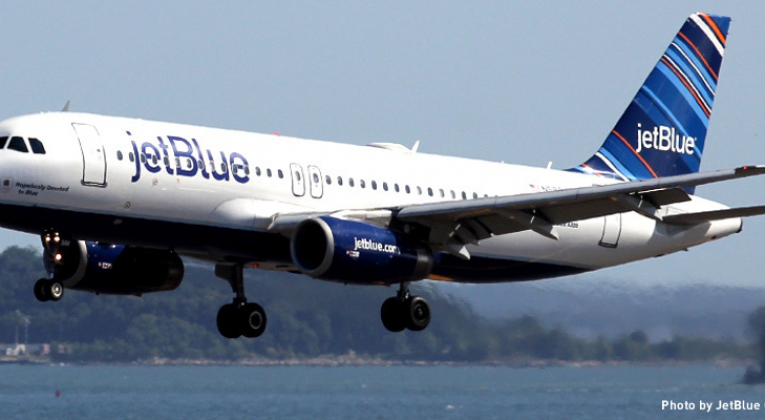 Early this morning, JetBlue announced an Uber-style service to facilitate travel for large groups. According to the press release, the airline is partnering with the technology company to use its software and allow passengers to order an airplane on demand for themselves and up to 149 of their closest friends. Known as BLUEber, the entity will seek to take advantage of excess capacity in the Airbus market by buying up older A320s/321s and renting them out on an individual basis.

According to JetBlue CEO Robin Hayes, “We’re very excited about the opportunity to put these planes to good use. As we take delivery of the A320neos, we had to come up with something for these older jets other than turning them into soda cans. We believe that leasing planes to individuals will generate revenue for us while allowing our “experienced” fleet to continue to serve the public.

I spoke to a source at the company this morning who told me that the plan to launch by 2018 was in place, although the details haven’t been ironed out. According to the individual, who asked not to be named, the company anticipates significant demand from private groups. “We see this as a huge bachelor party opportunity,” she said. “Rather than a bunch of 20-somethings all trying to get seats on Spirit or something and then renting a party bus when they get to Vegas, we’re offering them the opportunity to consolidate and have a party plane on the way over.” But there are certainly other possibilities, she explained. “We were really hoping to have this done by November, since we have received almost an equal number of calls from Democrats and Republicans who want a one-way ride to Canada if their candidate of choice is not elected.”

How It Will Work

According to the release, individual pilots will be allowed to rent the plane and will be responsible for all operations and costs. Then, just like a traditional Uber driver, they will arrange transportation for their customers, with the price measured on time and distance. JetBlue will take a 30% cut of the revenue for use of the planes and the technology, as well as the eventual safety checks that will have to be done on the plane. My source also noted that there would be no need for flight attendants, since the pilots are independent operators, but the carrier would provide its signature snack basket for a small fee. Standard Fly-Fi would be available for free, but premium internet would cost extra.

I asked about whether they would be able to find enough pilots, but she simply said, “Don’t worry, the airline industry sticks it to its employees every five years or so. There won’t be any problem finding pilots. Wait, don’t print that.”