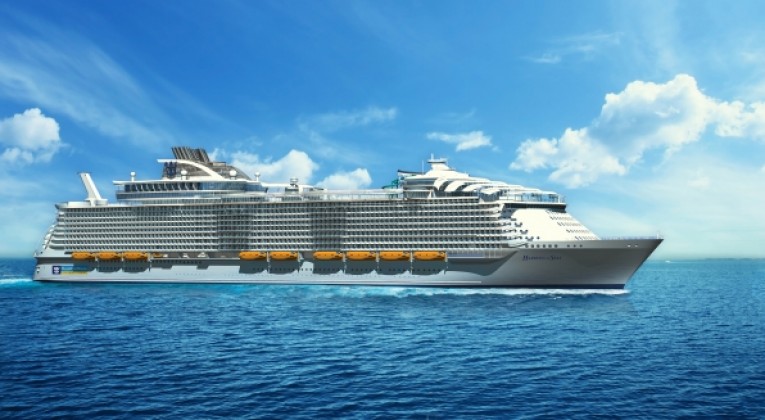 Royal Caribbean is known for its entertainment, and the line is making waves again by bringing the award winning Broadway show Grease to Harmony of the Seas and Independence of the Seas in 2016. “Grease is a show that speaks to families of all ages and is sure to get guests out of their seats, singing and dancing, which is why we made the unprecedented decision to have it debut on Harmony and premiere it onboard Independence immediately, starting in July,” said Nick Weir, Vice President, Entertainment, Royal Caribbean International.

The stage production is specially adapted for Royal Caribbean and will boast a soundtrack of crowd favorites such as “Summer Nights,” “Greased Lightnin’,” “Look at Me, I’m Sandra Dee,” “Born to Hand-Jive,” “Beauty School Dropout” and more according to the line. No doubt, the crowd will be singing!

Grease joins other Royal Caribbean Broadway shows across the fleet including We Will Rock You on Anthem of the Seas, MAMMA MIA! on Allure of the Seas and CATS aboard Oasis of the Seas.

Harmony of the Seas

When she sets sail in 2016, Harmony of the Seas will assume the role of “world’s largest cruise ship” from her sister ship, Allure of the Seas. Spanning 16 decks, and 227,000 gross registered tons, Harmony will carry 5,497 guests at double occupancy. Harmony of the Seas is the latest ship in Royal Caribbean’s Oasis Class of vessels that feature an innovative seven neighborhood concept that includes Central Park, Boardwalk, the Royal Promenade, the Pool and Sports Zone, Vitality at Sea Spa and Fitness Center, Entertainment Place and Youth Zone. Setting sail in May 2016, Harmony of the Seas will spend a summer season in the Mediterranean before repositioning to Fort Lauderdale.

Independence of the Seas

Independence of the Seas, a member of Royal Caribbean’s Freedom Class, carries 3,634 guests in style and features amenities like a FlowRider surf simulator, rock climbing wall, ice-skating rink, cantilevered whirlpools, mini golf, Royal Caribbean’s signature Royal Promenade and more. Grease will debut on Independence of the Seas just in time for her summer season sailing from Southampton. Independence currently sails the Caribbean from Fort Lauderdale during the winter season.