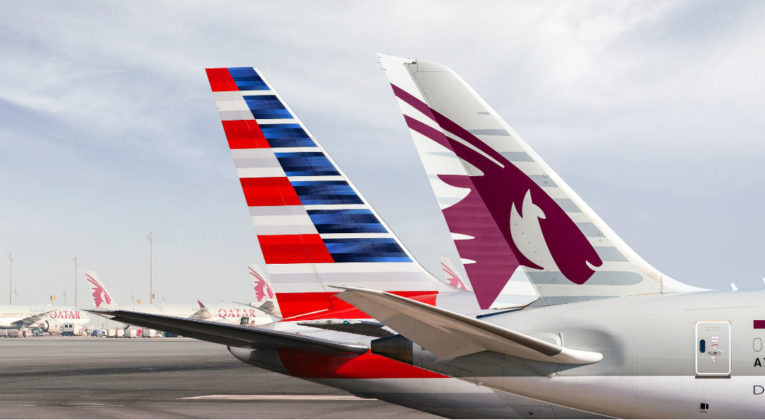 Earlier this year, Qatar Airways and American Airlines announced to restart their collaboration initiatives, which abruptly stopped in 2017. One of the key agreements is on codeshare flights. In the near future, you can book over 1.000 destinations with Qatar Airways, which should be expanded to Latin America and the Caribbean later this year. American travellers can also expect better connections with the Middle East.

According to Qatar Airways, the home carrier of Qatar, the codeshare agreement is only just a start. The coming week, over 1.000 American Airlines flights will also be labelled with QR (which stands or Qatar Airways). Qatar normally flies to ten destinations in the US and soon they will all offer connections sold through Qatar Airways.

The first flights are on sale since this week. Connecting flights will first be available through Chicago (ORD) and Dallas (DFW). From there connections to over 200 American cities are possible. For instance Miami (MIA), Houston, (IAH), Atlanta (ATL), Detroit (DTW), Minneapolis/St. Paul (MSP) Seattle (SEA) and San Francisco (SFO).

Passengers can expect more destinations to be added later. Such as airports in Latin America and the Caribbean. These routes are still pending government approval.

Qatar Airways and American Airlines have the ambition to further strengthen their collaboration initiatives. For instance, they want increase the frequency of flights between the US and the Middle East, which may benefit US travellers. Currently, the airlines are investigating the possibilities. From an operational point of view Qatar and AA also want to join forces, e.g. for ground operations.

Until 2017, Qatar Airways worked closely with American Airlines. American Airlines however abruptly stopped the collaboration due to unfair trade practice allegations. But that seems not te be an issue anymore.

Why is this news good for American travellers?

Qatar Airways and American Airlines are working on improving the connectivity of both airlines. This practically means that American travellers can choose from destinations of both networks on one booking. Further improvements of interest could be the harmonisation of frequent flyer benefits. Time will tell how far both airlines are willing to integratie their operations and policies.