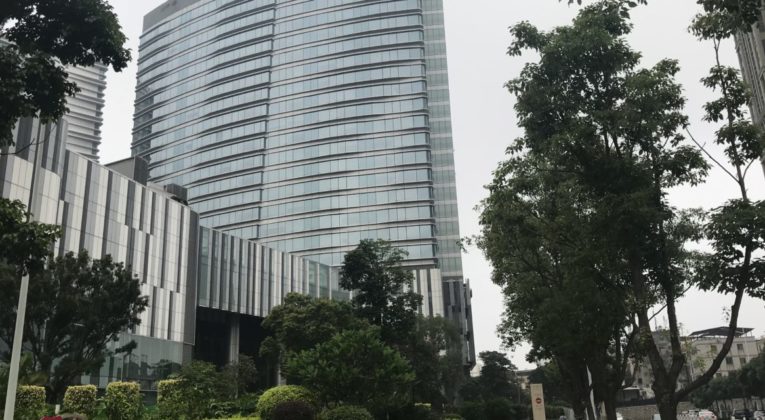 After a three-night stay in the Detroit metro area this past week, I found myself at exactly 40 elite nights year to date with Hyatt. I’ve been (mostly) all-in with them this year, doing my best to stay on track to hit Hyatt Globalist before 2019 comes to a close. Fueled by the new World of Hyatt credit card, I’ve banked a significant number of nights from card spend alone.

Hyatt made changes to their program that broke the benefits received at each tier into a few more levels that they call “Milestone Rewards”. Rather than award all the goodies when members hit Explorist and Globalist status levels, Hyatt now awards perks at 20 nights, 30 nights, 40 nights, 50 nights, and 60 nights. The awards at 20 & 30 simply broke up the free night and club upgrade awards that used to be awarded with Explorist. Ditto for Globalist suite upgrades and free night at 50 & 60 nights. The 40-night Hyatt Milestone Reward is entirely new. Which 40-Night Hyatt Milestone Reward Should I Take?

Hyatt offers you a choice of three different options when you reach the 40-night milestone:

Now….each of these options is actually fairly decent, which is why this is actually a debate and not a simple choice. The value of the gift certificate is easy to calculate, so I’ll start there. A $100 gift card is not a shabby bonus for hitting 40 nights. However, we’ll also need to add in the bonus for what I’ll earn from the stay using the certificate. Assuming $90 is actually applied toward the room rate and adding in the Explorist earning bonus, the gift card option is worth ~$110.

Now let’s consider the points. Generally, I peg Hyatt points as being worth 1.7 cents each. I pretty much won’t ever let go of them for less than 1.5 cents each. That puts the baseline value at $75-85, which is less than the value of the gift card. However, I have had many instances where I have received 2-3 cents per point in value, which is like getting $100-150 for 5,000 points. So, in general, the Hyatt points are worth slightly less than the $100 gift card option, but they have the potential to be worth more. Also, I generally avoid paying for Hyatt hotels with cash, which makes points the slightly more desirable pick.

The FIND experience option is intriguing. The general redemption rate for using Hyatt points for FIND experiences is 1.4 cents per point. Therefore, this option is actually worth ~$140, which is better than either of the other two. But this assumes that there is a FIND experience that I am actually interested in and would consider paying for. In a nutshell, everything boils down to these three things:

None of the options are losers. Hyatt offers three reasonable options, all of which have their appeal. I’ll most likely take the points, but I see value in taking any of the 40-night Hyatt milestone reward options.

Which of the 40-night Hyatt milestone reward options would you take?