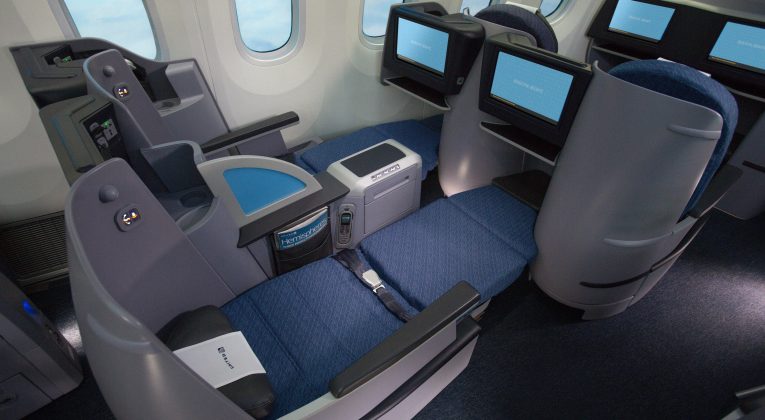 United’s p.s. (for premium service) has been offered on its nonstop flights between New York and both Los Angeles and San Francisco since 2004.

What it was, and remains today, is basically domestic routes operated to the higher standards normally associated with longer international flights. Top-of-the-line lie-flat seats in the forward cabin. A smidge more legroom in coach. Upgraded meals.

It was all about upping the game in the country’s most competitive, and most profitable, air-travel market. Today, premium transcon service is the rule rather than the exception, with similarly upgraded cross-country flights on offer from Delta and American.

This week, United announced a handful of enhancements to its p.s. service — which, notably, it’s no longer referring to as p.s., but more generically as the airline’s premium transcontinental service.

First up: a new route. Beginning on July 1, Boston-San Francisco nonstop flights will feature United’s premium transcon service. Depending on the type of aircraft, the flights will have as many as 28 lie-flat business-class seats per departure.

And finally, there are a number of enhancements to premium transcon business class, including an upgraded desert service, Saks bedding, and pre-arrival snacks and hot towels.

There’s nothing revolutionary here. The free Premium Economy meals are the big news, and they’re arguably late in coming. Free meals for regular coach passengers would have been more newsworthy.

The upgrades fall neatly into the airline industry’s current rich-get-richer narrative, with significant investments in improving service for premium-class passengers while flyers in regular coach — the great majority of flyers, in other words — remain confined to crusher seats.

What have the airlines done to improve your flight experience lately?