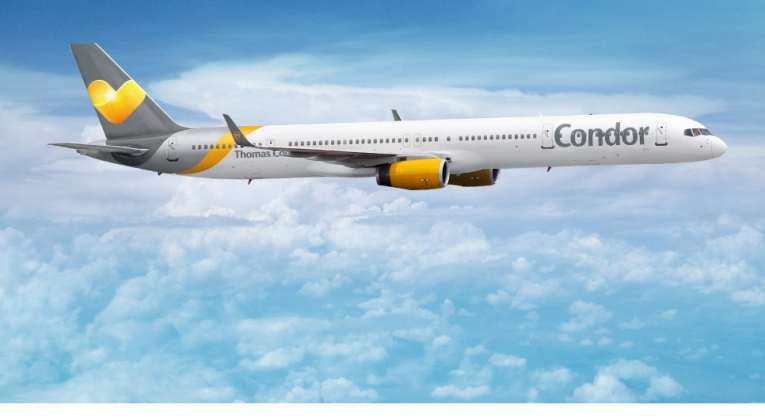 Alaska Airlines manages the neat trick of being big and small at the same time.

Even after its acquisition of Virgin America, Alaska is a carrier of decidedly modest size. Its own flight network is small, compared to those of American, Delta, and United. And it’s not a member of one of the three global airline alliances.

In spite of those shortcomings, Alaska has managed to cobble together marketing partnerships with 16 airlines, serving more than 900 destinations worldwide. Which is great for members of its Mileage Plan program: They can earn miles and take award flights on Air France, American, British Airways, Cathay Pacific, Delta, JAL, KLM, Qantas, and several others.

Related: Who Has the Newest Planes? (And Does Anyone Care?)

To that impressive list can now be added Condor Airlines, Germany’s third-largest carrier. Condor, a wholly-owned subsidiary of Thomas Cook, flies to 75 destinations in Europe, the U.S., Africa, and Asia. By this summer, Condor will serve 16 North America cities, including flights between Frankfurt, Germany, and Seattle, San Diego, Las Vegas, Portland, Anchorage, Fairbanks, and Vancouver.

Condor flights will be available for award travel “at a later date,” yet to be announced.

The addition of Condor is more good news for members of Mileage Plan, which is already one of the industry’s top loyalty programs. In addition to earning miles for flights, Mileage Plan members earn miles for stays at 10 major hotel chains, seven rental-car companies, more than 800 online retailers, and so on.

But what gives Mileage Plan its biggest value advantage over competing programs is its adherence to traditional mileage-earning rules. Program members still earn flight miles according to the distance flown, rather than according to the price of their tickets. For the average traveler, Mileage Plan delivers more free flights, faster, at less cost.