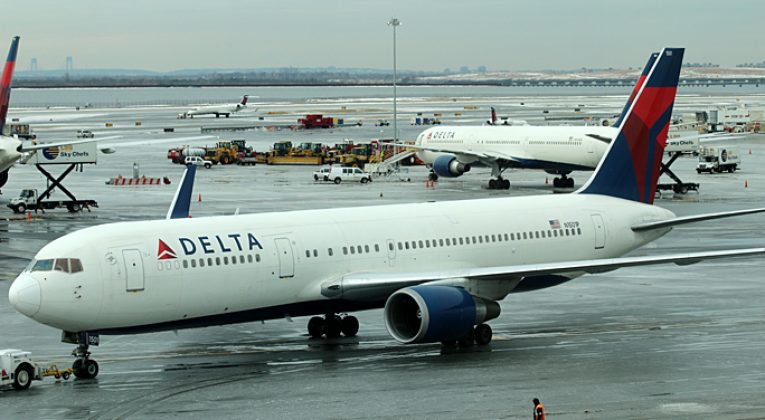 Promotional pricing is currently not available on the following dates.

A portion of travel for some itineraries may be on the Delta Connection and Delta Shuttle carriers — including:

Taxes and fees are not included in the redemption of award tickets. Those are extra costs of which you will have to pay whenever you redeem your SkyMiles for a ticket, which must be purchased at the official Internet web site of Delta Air Lines.

Award travel is subject to government-imposed taxes and fees and carrier-imposed charges, which are your responsibility and must be paid at the time the ticket is booked. Taxes, fees and charges imposed by the carrier depend upon the itinerary, and will be at least $36.40 round trip — up to a maximum of $93.43 round trip — for travel from the 48 contiguous continental United States to Europe. Taxes shown are based on nonstop flights and accurate as of February 1, 2016. Award seats are limited and may not be available on all flights or in all markets.

Tickets are not refundable except in accordance with the cancellation policy of Delta Air Lines. Fees may apply for downgrades or reissues and itinerary changes. Award ticket changes must be implemented at least 72 hours prior to the departure time of the flight being changed. Award tickets booked within 72 hours of departure are not refundable and cannot be redeposited or reissued unless prohibited by local law or within the risk-free cancellation period. No changes will be permitted to the originating flight of award tickets booked within 72 hours; however, changes to the return flight are permitted if the return flight is not within 72 hours and the change is implemented at least 72 hours prior to flight departure.  Fees apply for any changes; and taxes and fees will apply. Voluntary changes to award tickets after the promotion has ended may result in an increase in mileage costs.

Redemption amounts, fees, rules, and offers are subject to change without notice.

In terms of fees for baggage, allowances are subject to size or weight limits. Refer to excess baggage for details.

Other restrictions, terms and conditions apply — including but not limited to additional fare rules, restrictions, fees, and baggage charges which may apply

This is the December 2016 iteration of the new monthly flash sale being offered by Delta Air Lines, which started in August.

Unlike the November flash sale for business class travel to Europe, one quick search showed plenty of availability between Atlanta and Tokyo, for example — but you must book your tickets by Wednesday, December 14, 2016 at 11:59 in the evening in order to take advantage of this sale.

Definitively calling this a good deal is difficult to do without an actual award chart to which can be referred — some say that these rates represent a discount of 30 percent — but saving any amount of SkyMiles on an award ticket is better than not saving any at all.