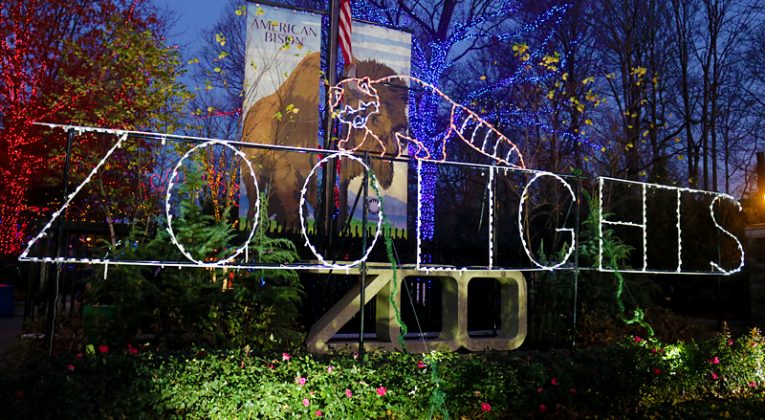 Donald Fagen probably meant the state of politics in the capital city of the United States when he referred to the Washington Zoo in the lyrics of the 1973 song Show Biz Kids by Steely Dan; but the lyrics did not apply to me in a somewhat literal sense…

Sure, the official name of the zoo is the Smithsonian National Zoological Park — better known as National Zoo and not the Washington Zoo — but now that I visited that zoo recently, I can better relate to the lyrics.

The zoo is located on Connecticut Avenue in the historic Woodley Park neighborhood, which is located in the northwestern part of the District of Columbia. The walk from the Washington Hilton hotel where I was staying as a guest to the zoo was only approximately 25 minutes; so I decided to visit for the first time. There is no admission fee to the zoo, as you can enter free of charge.

Founded in 1889 and literally established as the result of an act of Congress, the zoo is one of the oldest in the United States — and when you walk through one of the several entrances, it shows.

Signage from the 1980s, structures from the 1960s and other relics from different decades — rusting, degrading and otherwise showing significant wear and tear — are on display in a kitschy sort of way; along with the approximately 2,000 individual animals of nearly 400 different species which inhabit the 163 acres of land on which the zoo occupies.

Many of the animals which I saw — gorillas, alligators, fish and snakes as only a few of many examples — were either behind netting, bars or glass walls; so it was not worth photographing them.

It will most likely not be the best zoo you have ever visited — it was not for me especially after having been on a safari in Kenya earlier this year — as there were a number of exhibits which were empty or under renovation; but do not let that deter you, as the zoo is still well worth a visit.

Ric Garrido of Loyalty Traveler was fortunate enough to see the pandas when he visited the zoo earlier on what was a spectacular day in terms of weather; but I had already seen the pandas at Zoo Atlanta some years ago, so it was not a disappointment for me that they were not out when I arrived…

…but because he left the zoo while it was still daylight, what Ric did not see were the thousands of colored lights which adorned the zoo for Christmas.

The cacophony of crunching leaves on the ground combined with the nippiness of the night air lent a holiday feeling to the experience of the lights. You will most likely not exclaim “wow — that is the best display of Christmas lights I have ever seen”; but they are enjoyable just the same. It was a nice added bonus to me and all of the people who visited with their children to enjoy the festive display. All that was missing was snow to complete the seemingly bucolic setting.

In fact, employees of the zoo were still hanging Christmas lights while I was there; so perhaps I had not seen the full effect at the time at which I visited.

There is a lot to see and do at National Zoo; and the price cannot be beat. Although many exhibits were under construction or empty, there are still plenty of animals to view — and plenty of information about them from which to learn.

The National Zoo is open every day of the year except December 25. ADMISSION IS FREE!

Limited parking is available on site for $22.00; but the lots can fill up quickly. Take the Red Line of the Metro of the Washington Metropolitan Area Transit Authority to either the Cleveland Park or Woodley Park Zoo/Adams Morgan stops; and the zoo is a short walk from either station. You can also arrive by bus or rent a bicycle.