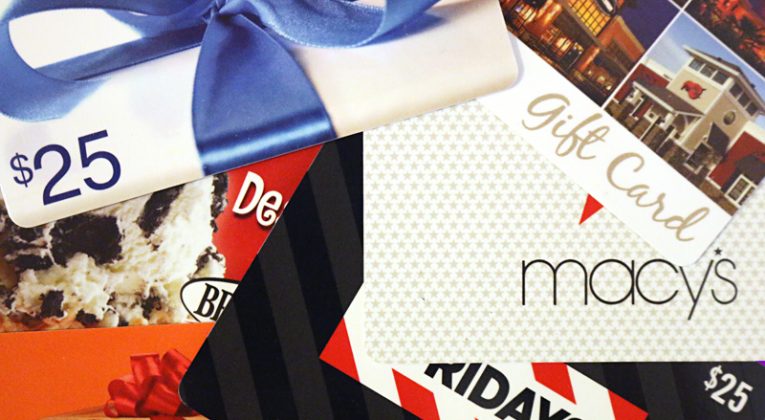 “Got my statement from my Citi Prestige card and of the annual $250 travel fee credit, I still have just under $100 left. Anyone know if I can purchase a $100 Gift Card from AA and have that count as something I can get the credit for?”

In response to that question asked by InsideFlyer member Steven Schwartz, “Remember that as far as citi is concerned: ‘Airline Fees are defined as purchases made with airlines including Air fares, baggage fees, lounge access and some in-flight purchases’”, advised InsideFlyer member mattsteg. “Unless you need to cash out now, or don’t buy paid tickets at all, why not just buy a ticket some time between now and oct-nov?”

That advice imparted by mattsteg might be good for more than one reason when pertaining to gift cards in general.

Five Reasons Why Gift Cards Could Potentially Cost You Money

Unlike frequent travel loyalty program miles and points, gift cards use actual currency to comprise its value. Gift cards can be procured for just about any company at many denominations of value — such as a gift card to a restaurant worth $25.00…

…but you also have to watch out for the five reasons why gift cards could potentially cost you money — because if you do not pay attention, you could get burned.

Here is a list of the five reasons why gift cards could potentially cost you money.

1. Limited Use of Gift Cards

Like miles and points, gift cards are limited in scope as to where you can use them. You might have $30.00 in value on that Home Depot gift card; but it will do you no good in paying for your shrimp scampi dinner at Red Lobster — unless, of course, you were able to sell or trade it.

On the positive side, some gift cards are good at multiple establishments because they are part of the same company. For example, if you have a gift card good at Olive Garden restaurants in your possession, it is most likely also good at Longhorn Steakhouse, Bahama Breeze Island Grille, The Capital Grille, Seasons 52 Fresh Grill, Eddie V’s Prime Seafood, and Yard House, as all seven restaurant chains are all brands under Darden Concepts, Incorporated — so if you would rather have a meal of Sliced Filet Mignon with Cipollini Onions and Wild Mushrooms at The Capital Grille instead of Chicken Carbonara with pasta at Olive Garden, you have that option.

Check the fine print on your gift card to see exactly where it can be used, as it may be good a more — or fewer — establishments than you might think.

The last thing you want to do is use your gift card at an establishment — thinking you have $30.00 to spend — only to find that when the time comes to pay your bill, you only have a remaining balance of $20.00 because you did not use the card within several months of its activation…

…or worse: have no funds at all because your gift card expired.

Fortunately, this announcement on Tuesday, March 23, 2010 from the Federal Reserve Board of the United States detailed final rules — meant to protect consumers from certain unexpected costs and require that gift card terms and conditions be clearly stated — to restrict the fees and expiration dates which may apply to gift cards.

The final rules prohibit dormancy, inactivity, and service fees on gift cards unless:

Still, ensure that you exercise your rights if you believe that one of the above scenarios have occurred outside of the final rules with a gift card in your possession.

3. You Forget About Your Gift Card — Which is What Retailers Want

Believe it or not, people forget that they have gift cards; or they simply lose them — and that is what retailers want, as that is basically free money for them…

…although it is considered unearned revenue liability on their balance sheets until customers redeem the gift cards. Remember, the gift card has already been paid; but the value of it still had not been used because there had not yet been an exchange of merchandise or services for the amount of money remaining on the gift card.

In 2015, $130 billion was spent on gift cards, according to this article written by Robert Teitelman and Lawrence C. Strauss for Barrons — and approximately $1 billion of those gift cards were unused last year. “This unused card value, known as breakage or spillage, is down from $6.9 billion in 2008, the year before a federal law cracked down on cards that had short expiration periods or charged monthly fees on a card’s balance. There has been more than $21 billion in cumulative breakage since the start of 2008, though breakage fell sharply in 2009 and 2010 after the new regulations” — referring to the aforementioned announcement from the Federal Reserve Board of the United States.

That is a substantial amount of cash left on the table — and you do not want to be one of those people who are out of that money.

Use your gift card as soon as possible — but if you cannot do so, at least keep all of your gift cards in a designated place where you know you will find them or encounter them during your everyday routine.

Although being the victim of fraudulent activity is somewhat more difficult with a gift card than with actual money, it still happens.

For example, an employee of the company which you patronize can attempt to convince you that the value of the gift card had been completely depleted; and will offer to keep it when it still does have some cash value, as you should watch out when using a gift card — you could be scammed. One way to prevent this from happening is to write the remaining balance directly on the gift card with an indelible writing instrument.

The other problem with a gift card is — like money — if someone steals it from you, there is little you can do about it. Unlike credit cards, gift cards offer you no protection with your funds should someone abscond with it.

Many gift cards do have identification numbers on them; so if you know the identification number of a certain gift card, you can try to call the company which issued it and explain that it was stolen — but depending on the company, do not expect much to be done about it. Still, you may want to consider taking a photograph of the gift card before venturing out to use it — just in case.

5. The Retailer Suddenly Goes Out of Business or Changes Ownership

While a company going out of business or changing ownership is typically unlikely, it can — and has — happened. Unless forms of recompense have been outlined by the company or its legal team, you can potentially lose the value of your gift card immediately where it becomes completely worthless.

Consider the case of Here To Serve Restaurants — which had been in continuous operation since 1996 but suddenly closed their ten restaurants in the Atlanta metropolitan area on October 6, 2015.

Also, a retailer could be purchased by a different owner. For example, note that older gift cards which are good at the aforementioned Olive Garden restaurant chain might still include the Red Lobster restaurant chain as well, as Red Lobster was sold by Darden Concepts, Incorporated to Golden Gate Capital on Monday, July 28, 2014 — but keep in mind that you could hold onto a gift card one day and it may not be good at a particular establishment the next day simply because of an exchange in ownership.

Airlines have either gone out of business or changed ownership. Usually, the miles from the acquired frequent flier loyalty program are usually converted to the miles of the frequent flier loyalty program of the acquirer — but do gift cards enjoy a similar conversion? In the case of Steven Schwartz, he most likely has no worries that American Airlines will be acquired by another corporate entity anytime soon — if at all — but in most cases, it is something about which to think.

Many people who used gift cards as vehicles to profit via a practice known as manufactured spending lost a lot of money when a company called Gift Card Rescue suddenly went out of business, as originally reported in this article written by Kathy Kass of Will Run For Miles…

…and Kathy Kass is an attorney who offers this advice: “I am in the process of locating the legal papers and order referred to in the above order. In the meantime, if you are awaiting payment from Gift Card Rescue, you may well be out of luck — you  should nevertheless act promptly. First, check for balances on any cards you may have sent in. And, second, try contacting the company itself, and if needed, the appropriate agency or an attorney.”

Read the comments of her article — as well as the comments of this article written by Shawn Coomer of Miles To Memories — to see just how many thousands of dollars readers of those articles have collectively lost.

This incident was enough for Dakota of Majored in Miles at TravelUpdate to declare why he is finished with gift card arbitrage — and be sure to read the comments of that article as well.

Never pay full price for a gift card — especially if there is no value-added benefit which would give you an incentive to use one instead of cash or another means of paying for goods and services.

One of the most popular incentives is to save money on gift cards. Ensure that you keep up with the myriad of deals offered on them on what seems to be every day. For example, many deals on gift cards are conveniently listed here at Doctor of Credit.

Gift cards can be earned as a token gesture for charitable activities — such as donating blood as one of many examples. You could also earn free gift cards by participating in a particular promotion; and contests and sweepstakes could also offer gift cards as prizes which you can win.

Gift cards also can be used as a gift — surprise, surprise — to someone who enjoys patronizing a particular establishment; but you are unsure of what exactly that person would want. Although money would accomplish the same task — in fact, the recipient could spend it anywhere he or she wants at any time — gift cards are not quite as impersonal.

In any event, ensure that you get the maximum use out of any gift cards which you possess; but realize that there are inherent risks with purchasing, using or selling gift cards — and ensure that you are completely aware of those risks to avoid any of the five reasons why gift cards could potentially cost you money.