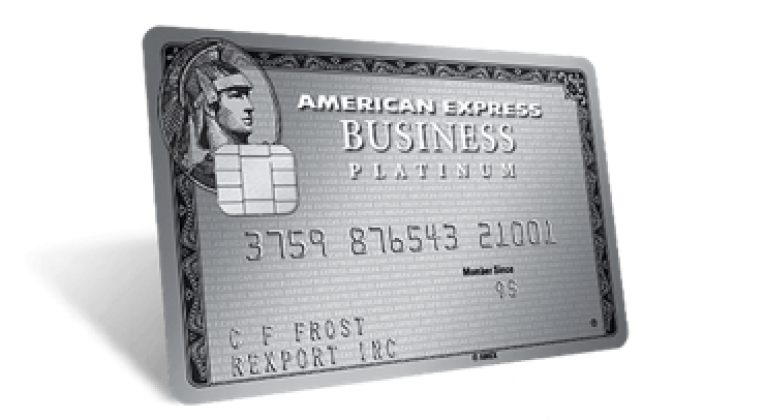 One of the major benefits of the American Express Platinum card is the $200 annual airline fee credit. Choose one airline at the beginning of each year and Amex will credit back any incidental airline fees from that airline — such as those for checked baggage, premium economy seats, lounge access, and so on — up to $200 in total every calendar year.

Taking full advantage of this $200 credit goes a long way towards offsetting the high $450 annual fee on the Platinum. However, Amex made a change last year to the business version of the card that adds a new wrinkle to the equation. Because of this new feature, in some circumstances it could actually be worth your while to use up your entire $200 airline credit before January 31st.

The 30% Pay With Points rebate.

In July 2015 Amex rolled out an extra benefit for their Business Platinum cardholders (sorry, Personal Platinum cardholders, you’re not eligible). Amex will now rebate 30% of any points used to purchase flights via the Membership Rewards Pay with Points program.

Pay with Points allows you to use Membership Rewards points to book any flight on any airline without availability restrictions or blackout dates.  Airline tickets purchased using Pay with Points are considered revenue tickets and earn miles and status like any ticket purchased with cash, which adds to the value you’re getting from redeeming points this way. You can also mix in a partial cash payment when using Pay with Points, so you don’t necessarily have to pay for the entire airfare with points.

The downside is that normally when using Pay with Points, Membership Rewards are only worth 1 cent each. But when the 30% rebate is applied, the value goes up to 1.43 cents each.

While you can often do even better than 1.43 cents by transferring Membership Rewards points directly to airlines or hotels, you’ll have to find available award space on one of American Express’ travel partners. Additionally, you won’t earn miles or elite status for any flights booked with transferred points. So while Pay with Points definitely won’t be the best choice every time, it’s a route worth considering depending on the airfare and award availability.

Unfortunately there’s one significant restriction on this 30% rebate — you can only use it on one airline per year, and it has to be the same airline you choose for the $200 airline fee credit.

Now, American Express offers Platinum cardholders a one month window at the top of each year to select a different airline. If you don’t select an airline before January 31st, your airline choice from the previous year will remain in effect.

If you happen to charge any incidental fees from your previous airline to the Platinum card during the month of January, those will be automatically reimbursed as if you had chosen to remain with the same airline.

However, those reimbursements do not lock you out of changing airlines before the end of January.

You can make as many reimbursements as you’d like using your previous airline (up to $200, of course), then change the airline before January 31st and have the new airline as your choice for the rest of the year. If you have any portion of your $200 credit remaining, you’ll get credited for incidentals on your new airline up to the remaining amount.

Note that you can only make the change once each January — it’s not an open period where you can change it endlessly. Once you’ve selected a new airline, you’re locked into it for the rest of the year. So plan carefully for when you actually want to make the change.

Maximizing both the credit and the rebate.

If you’d like to use your fee credits on one airline and the 30% rebate on a different airline, you can take advantage of this January change window to do both in the same calendar year.

For those who might not be able to use up their entire $200 airline credits in a single month, you can find some ideas in the InsideFlyer forums on how to quickly take full advantage of the credit before January 31st. Then after you’ve been reimbursed, go to the American Express airline change page and switch to another airline that you’d prefer to use for the 30% rebate for the rest of 2016.

Let’s look at an example of how this might play out. Assume Delta was your airline of choice at the end of 2015. Between now and January 31st, you could spend up to the $200 credit for 2016 on Delta fees and other non-ticket purchases and have those charges entirely reimbursed by Amex. Then on January 31st, you could change your airline to JetBlue to gain a 30% rebate on JetBlue flights purchased using Pay with Points (along with any unused remainder of the $200 credit).

If you did all that, you’d find that a JetBlue transcontinental flight from New York to Los Angeles in Mint class (which is JetBlue’s impressive business class product that I’ll be reviewing here at InsideFlyer in the coming weeks) could be had for as little as 42,000 Membership Rewards points one way after the 30% rebate.

That’s actually less than the 45,300 TrueBlue points JetBlue itself would charge for the identical flight (and the Pay with Points booking would actually earn TrueBlue points).

This is a great example of how using Pay with Points can sometimes be better than transferring them, but there are many other options which might work for your personal situation. So if you currently carry the Amex Business Platinum card, consider your travel plans for 2016 and see if using your $200 credit on one airline but changing your airline choice to a different one for the 30% points rebate might work well for you.