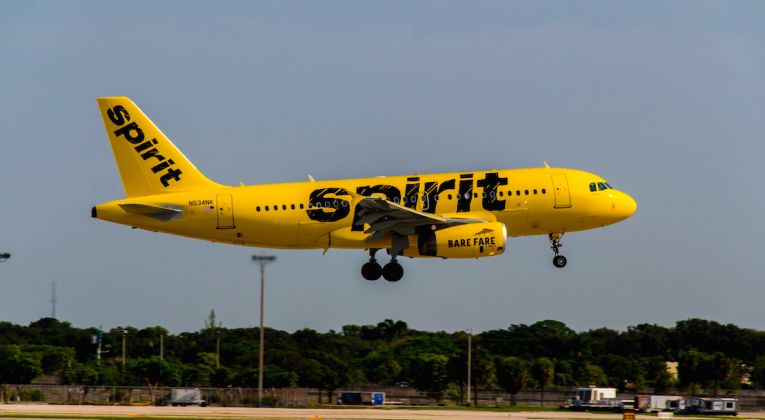 In the early 1970s, Southwest Airlines accidentally became the first low-cost carrier (LCC) when it was forced to sell one of its four planes to cover expenses. Left with only three planes, the airline continued to operate as if it had four, making up for the missing aircraft with efficiency. Over time, Southwest became the brand for LCCs. While other carriers offered multiple classes of service, meals and destinations around the world, Southwest offered no advance seat assignments, bags of peanuts and “point-to-point” service in limited markets. In exchange, customers get much cheaper airline tickets. It’s a win for everyone.

Within the past decade, the industry generated a new beast, the “ultra-low-cost carrier (ULCC).” Forget the free bag of peanuts; you won’t even get a seat assignment without paying for it in advance. The ULCCs don’t focus on service, they focus on prices and fees. In exchange for what is now an extraordinarily low ticket price, sometimes starting at a dollar, you will pay a fee for everything. Buy a ticket online? There’s a fee. Check in at the airport? There’s a fee. Carry on a bag? Well, you get the idea. There have been numerous iterations of ULCCs, but the most successful one has been Spirit Airlines.

Most airlines trumpet their own service and comfort, but not Spirit. In fact, Spirit got so many complaints that it created a video bragging about them.

Their point is this: “Our prices are so low that you’ll deal with some inconveniences.” And they’ve been right. The airline currently has 73 aircraft, with another hundred on order.

Just How Cheap are They?

Spirit brags that its fares are 40% cheaper than its competitors. And it might be right. It’s fares might actually be that much cheaper. But it’s no coincidence that, last calendar quarter, Spirit generated almost 45% of its revenues from ancillary fees, ranging from bag fees to bottles of water to my personal favorite, the optional GreenUp fee (yes, optional) that “supports” the airline’s effort to be more environmentally friendly (i.e., you’re just giving them a few extra bucks). I counted a total of 44 “optional” fees on the website, but I’m sure I missed a few . So once you pay all of those fees, you may be paying almost as much as you would have on a traditional carrier, without a decent frequent flyer program or receptive customer service.

Just for fun, I picked the ultimate in leisure routes, New York to Fort Lauderdale, and compared the prices between Spirit and Delta. Spirit was $73, while Delta was $126. Hey, family of four, you’d save $200 on Spirit. That’s an easy decision, right?

Not so much. True, on Delta, you’ll need to pay a $25 bag fee. But on Spirit, you’ll pay a bag fee, a carry-on fee, a seat assignment fee and probably buy that Diet Coke onboard. And after all was said and done, not including the Diet Coke, the Delta flight is $151, while the Spirit flight is $148. For that extra $3, you get real frequent flyer miles, three more inches of leg room and an airline that can rebook you if something happens to your flight. Oh, and you’ll get that Diet Coke for free, too.

Spirit’s motto is that you pay for what you use. So let’s figure out how to use less.

More than anything else, Spirit charges you for convenience. Common sense would have you believe that there should be at least some relationship between cost and pricing but, as we know, common sense and airline pricing are rarely found in the same sentence. Instead, they charge you for what they think you’ll pay for. For instance, that seat assignment? It’s at least $10 and, the closer you are to the front of the plane, or the more leg room you have, the more you’ll pay. Spirit even has a first-class equivalent, their “Big Front Seats.”

One interesting tidbit: It costs Spirit more in labor if you check a bag than if you carry it on? So why do they charge you more to carry on a bag than they do to check it? Simple: Just as ATMs charge fees, even though the machines save the bank money, Spirit knows that the convenience of carrying on, versus waiting for your luggage to show up, is worth even more to you than it is to them. Heck, you can even save money by buying your ticket at the airport instead of on the internet. Remember this list of charges?

Yeah, they’ve got a lot of stuff in that purchase price. A flight charge, security fee, passenger usage fee, etc. Um, excuse me, what’s that last one? A “passenger usage fee?” Do they charge you for being a passenger? Well, almost. That’s a charge for the “convenience” of using the internet. If you show up in person at the airport and give the ticket agent a couple of twenties, you’ll save $17.99 per person.

So What Can I Do to Save a Few Bucks?

Bottom Line: Cut out the extra bag, take the subway to the airport and get your seat assignment 24-hours out and your $148 trip will be $63 less per person. That should be enough to pay for a couple of cans of Diet Coke.