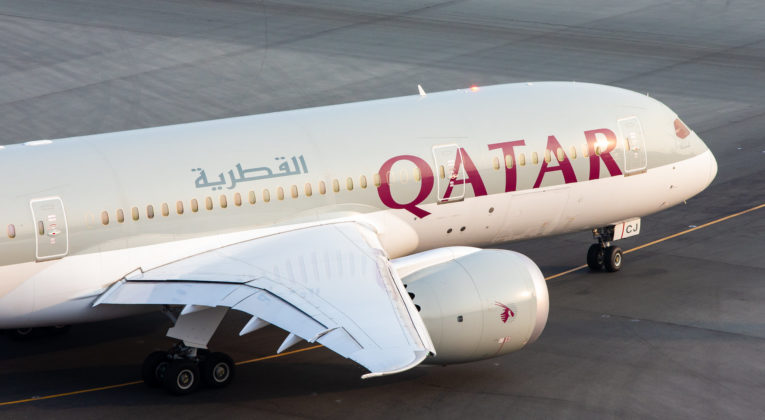 Qatar Airways is one of the few global airlines to have never stopped flying throughout this crisis. The airline’s mix of modern fuel-efficient aircraft helped it to develop a sustainable and adapted solution, allowing it to continue flying routes with less overall demand as it has a variety of aircraft it can select from to offer the right capacity in each market. Due to COVID-19’s impact on travel demand, the airline has taken the decision to ground its fleet of Airbus A380s as it is not commercially or environmentally justifiable to operate such a large aircraft in the current market.

Environmentally conscious passengers can travel with the reassurance that Qatar Airways continuously monitors the market to assess both passenger and cargo demand to ensure it operates the most efficient aircraft on each route. Finding the right balance between passenger and cargo demand has enabled the airline to continue operating its full fleet of Airbus A350 and Boeing 787 aircraft, helping take people home safely and providing reliable airfreight capacity to support global trade and the transport of essential medical and aid supplies.

Qatar Airways is the largest operator of A350 series aircraft, and was the launch customer for both the A350-900 and A350-1000. With a total of 49 A350 variants in the current fleet at an average age of 2.5 years, and a seating capacity optimized for the current market, the A350 is perfectly positioned to lead the airline’s rebuilding of its network. The 30 Boeing 787 aircraft in the Qatar Airways fleet also provide appropriate capacity to offer the right capacity on routes in Europe while markets recover. As the world prepares itself to emerge from the COVID-19 crisis, Qatar Airways’ A350 fleet is the aircraft of choice for the most strategically important long-haul routes to the Americas, Europe and Asia-Pacific regions.

More: Etihad to develop a “green” dreamliner together with Boeing

While Qatar Airways has remained focused on its fundamental mission of taking people home and transporting essential aid to impacted regions, the airline has not forgotten its environmental responsibilities. The airline’s internal benchmark compared the A380 to the A350 on routes from Doha to London, Guangzhou, Frankfurt, Paris, Melbourne, Sydney, Toronto and New York. On a typical one-way flight, the airline found the A350 aircraft saved a minimum of 16 tonnes of carbon dioxide per block hour compared to the A380. The analysis found that the A380 emitted over 80% more CO2 per block hour than the A350 on each of these routes. In the cases of Melbourne, New York and Toronto the A380 emitted 95% more CO2 per block hour with the A350 saving around 20 tonnes of CO2 per block hour. Until passenger demand recovers to appropriate levels, Qatar Airways will continue to keep its A380 aircraft grounded, ensuring it only operates commercially and environmentally responsible aircraft.