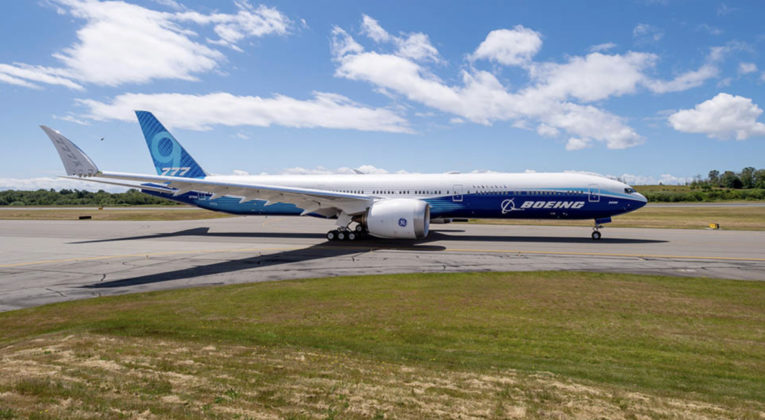 The current situation around the COVID-19 pandemic has some serious consequences for the international aviation industry. However, research and development on new aircraft remains of importance for the future. Boeing is for instance finalizing its newest Boeing 777X aircraft. The 777X had some major setbacks, but is now expected to fly next year. But at what airlines can you expect the Boeing 777X in the future?

Already in November 2013 the Boeing Company announced the Boeing 777X program. But, as most readers must know, developing a new type of aircraft takes years to complete. Boeing expected to do several test flights in 2020, but some were delayed due to several reasons. One of the reasons being not getting flight certificates in time.

By the way, some airlines decided to stop flying the Boeing 777. For instance, Delta recently announced to phase out its B777 aircraft. The main reason it that its Boeing 777-200 aircraft are too old now. They should’ve been gone by 2021. But due to a lack of demand in air travel that date was expedited.

You may wonder why Boeing considered developing a new aircraft type. Basically, the 777 is not new. But the B777X is special in the sense that it wil become the largest wide body two aisle aircraft to fly. This type will get new engines and new wings. The latter is definitely something to highlight as the wingtip can be folded. Yes, you did read that correctly. Bigger wings give the 777X better aerodynamics. But being able to fold them does not compromise its gate compatibility. For instance, the Airbus A380 cannot use regular gates. It needs a special dimensioned gate as it is much bigger dan regular aircraft.

Lufthansa is the launch customer for the Boeing 777X. In 2013 the German national carriers was the first airline to agree on a purchase of the Boeing 777-9.

Other airlines that will fly the Boeing 777X are: