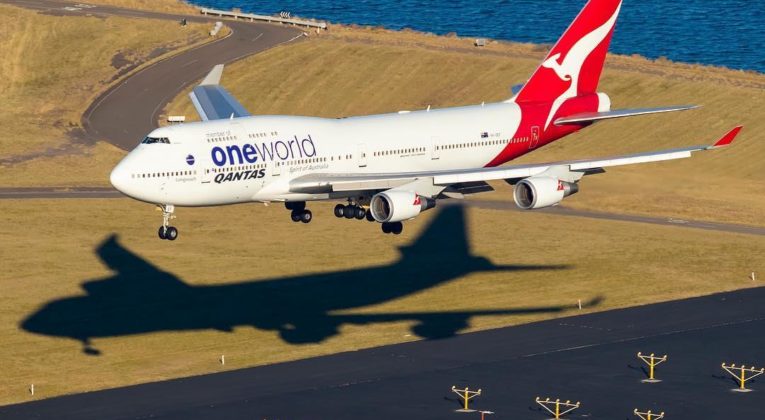 Qantas initially planned to operate its Boeing 747 fleet until the end of the year. Alike many other airlines, the Australian home carrier decided to expedite its phase out due to the COVID-19 pandemic. Fans can now look forward to three recently scheduled farewell flights.

An era is coming to end in July for the ‘Queen of the Skies’ in Australia. Introduced in the early 1980s, the aircraft proudly served Australia for nearly five decades. Most 747s are currently stored. Some have already been scrapped. Only a few remained to offer services to international destinations out of Australia. Five of them are in storage since this year. Qantas operated the last regularly scheduled 747 revenue flight end of March. Flight QF28 arrived in Sydney on March 29, 2020 from Santiago.

The Australian home carrier offered a three-class configuration on board of its Boeing 747s. The ‘Upper deck’ consists of 18 (out of 58) Business Class seats. The ‘Lower deck’ offers the remainder of the Business Class seats, as well as 36 Premium Economy and 270 Economy seats.

Qantas offers three final ‘Farewell Flights’ for fans and airline employees. They are consequently planned on 13 (Sydney), 15 (Brisbane) and 17 (Canberra) July 2020. Each flight lasts for about one hour. Flights should go on sale in the coming days on Qantas’ website.